Outside the Pennsylvania Convention Center in Philadelphia, in the days after the November 3, 2020 general election, two groups gathered during the continued counting of legally cast ballots inside the building.  They gathered within a few feet of one another, at the intersection of Arch and 12th Streets, in proximity and semi-contact.  One group, entirely surrounded by protective police barricades, waved flags and chanted slogans and paraded for gawking cameras on behalf of Donald Trump, waxing and waning in size to perhaps a hundred at most.  The other group, much larger and spilling halfway to Filbert Street, held banners and played music and danced and made speeches to count every last vote, part of the grassroots struggle to preserve fundamental democratic rights against the determined efforts of the Trump administration to suspend them.
These two groups plus the awkward space between them seemed to me a certain microcosm of the United States at this moment.  All of us have been delivered into the politics of spectacle, behind which the unspectacular mechanisms of actual democracy grind out verdicts about collective will and apathy, and the purchase of lies that both sides believe characterize the other.  I am not a neutral observer.  I spit my curses at Trump and his brazen corruption and racism, bigotry, chauvinism, predatory meanness, and the cocktail of cynicism and indifference that has resulted in tens of thousands of preventable deaths from COVID-19.  I am not a neutral observer, and the days after the election had me spinning in waiting, in a volatile mixture of dread and hope for what this year's votes mean about the past and the future. 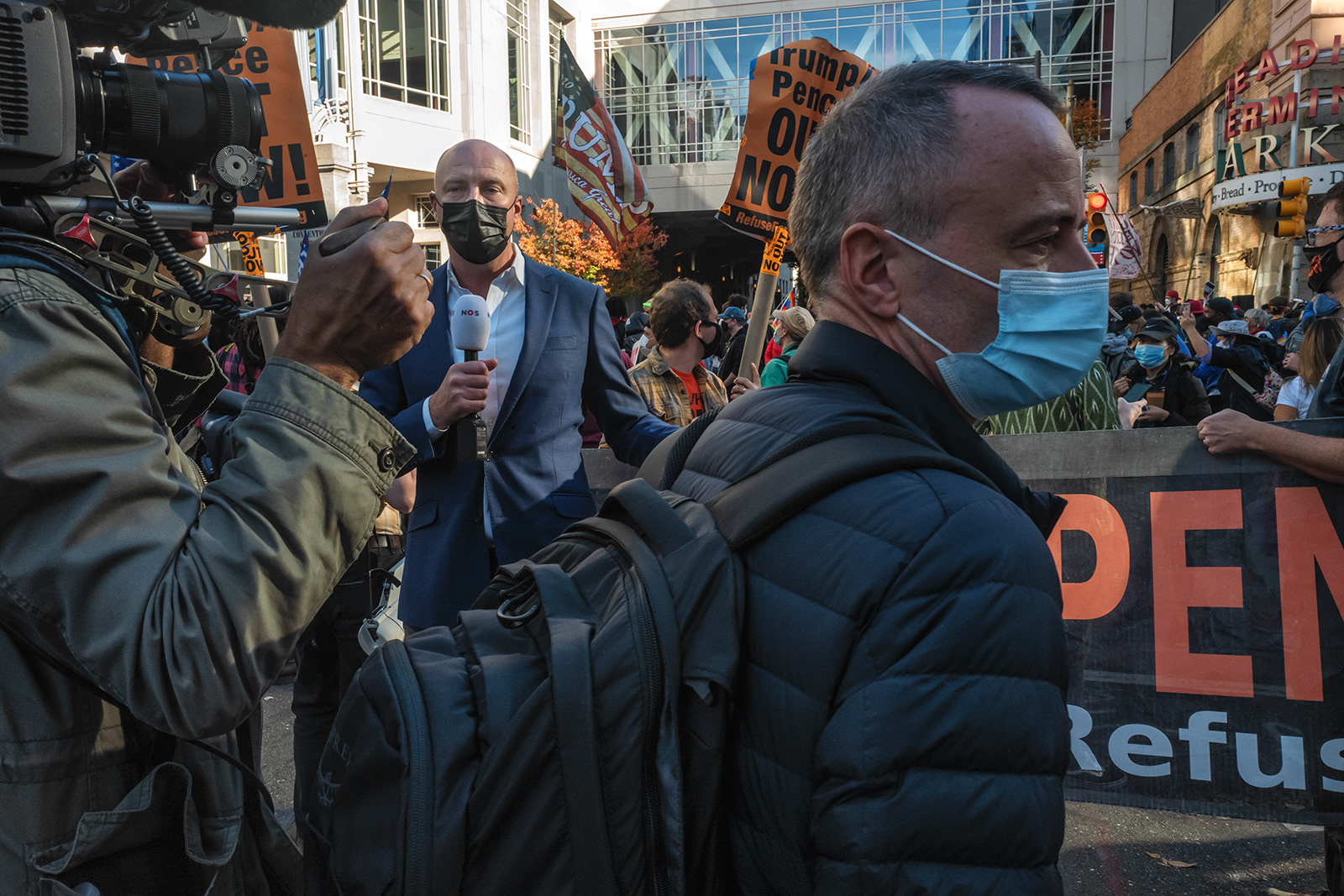 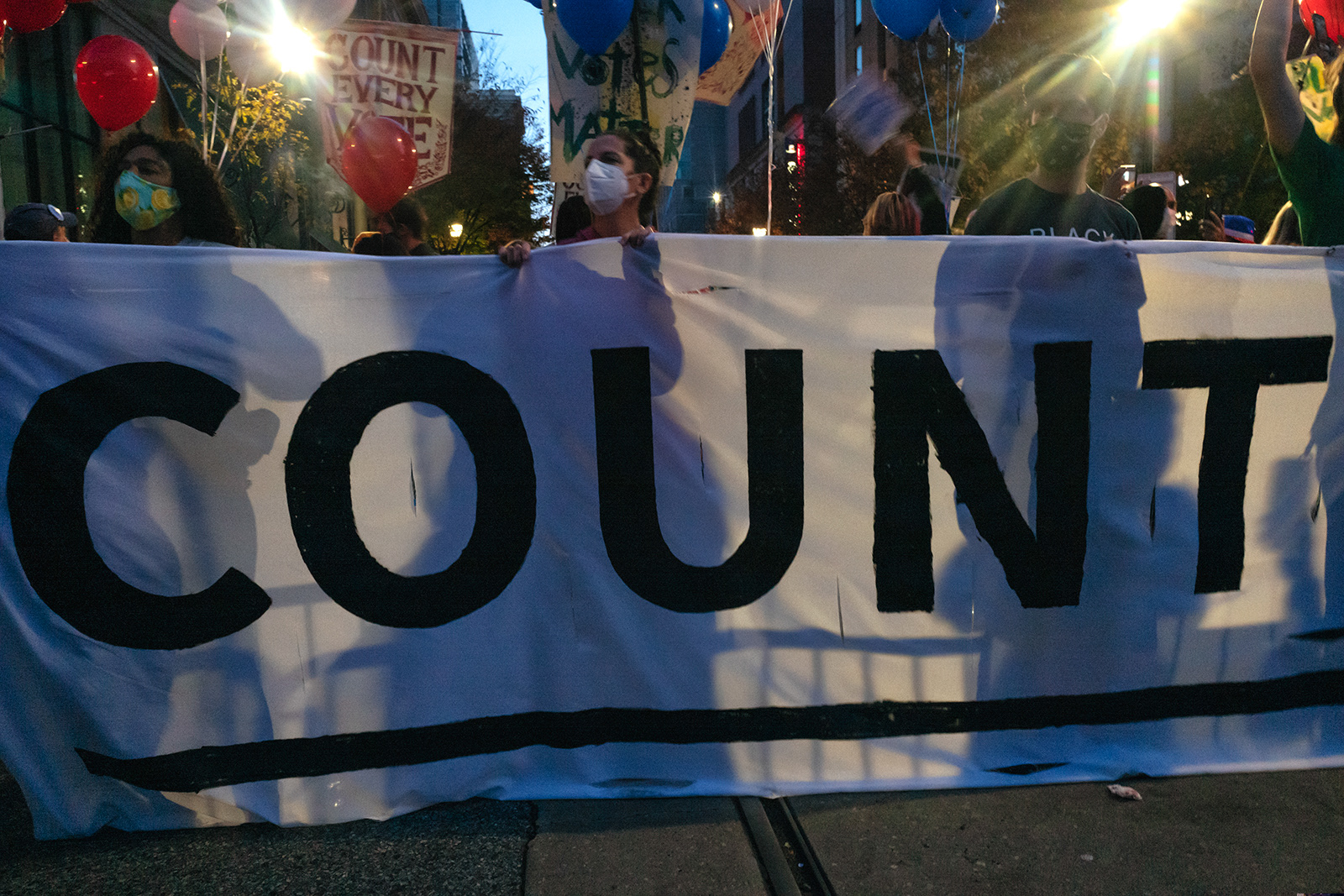 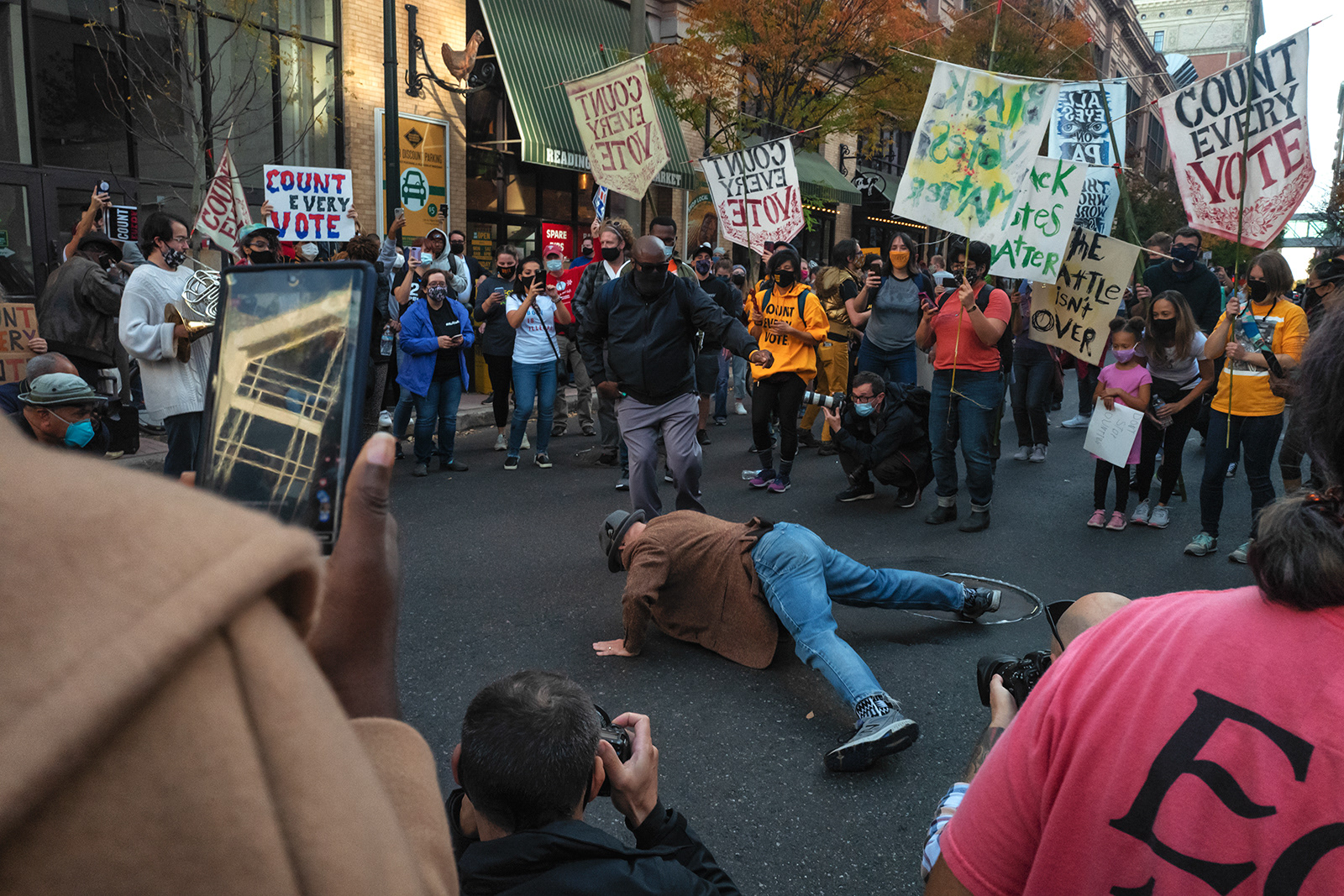 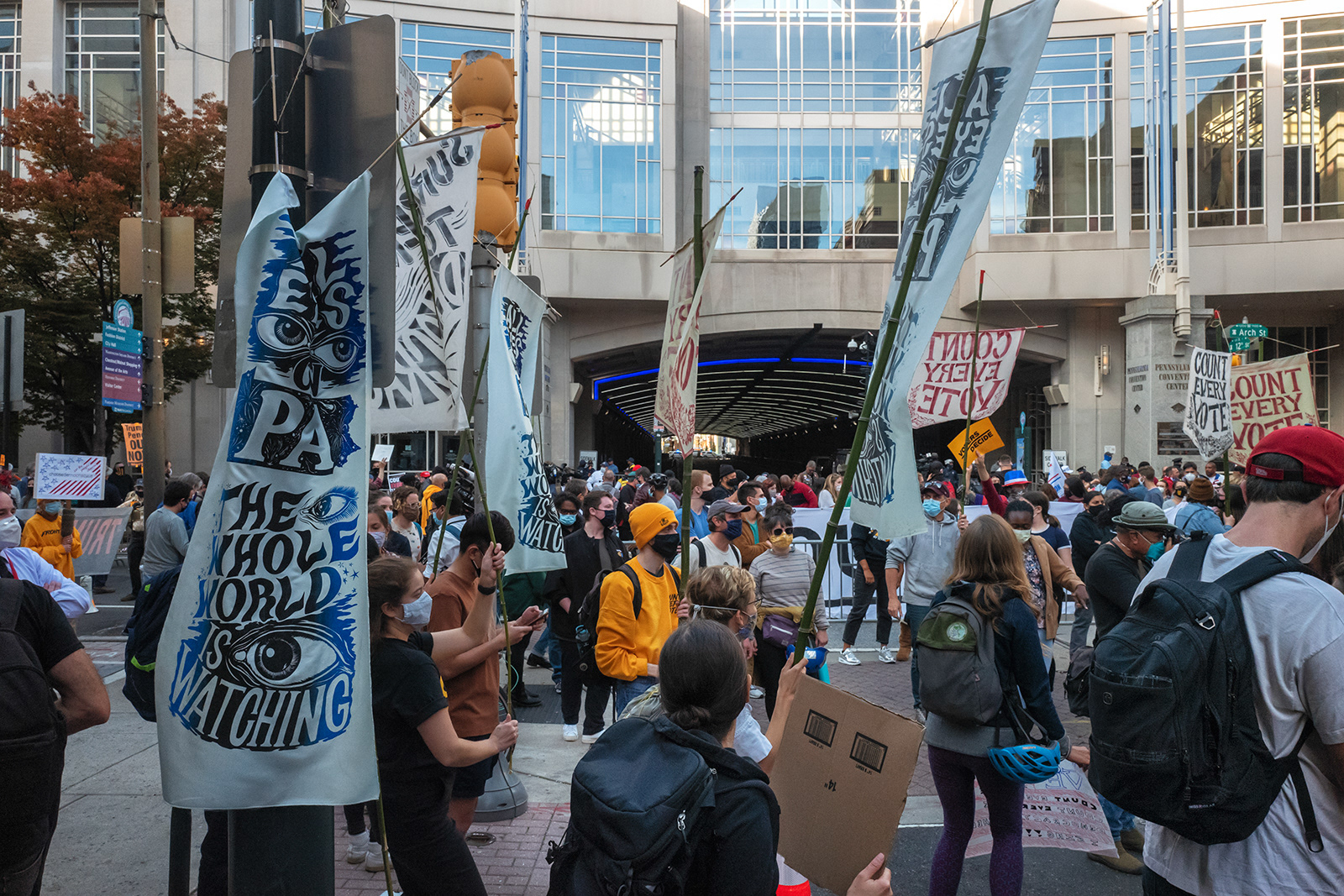 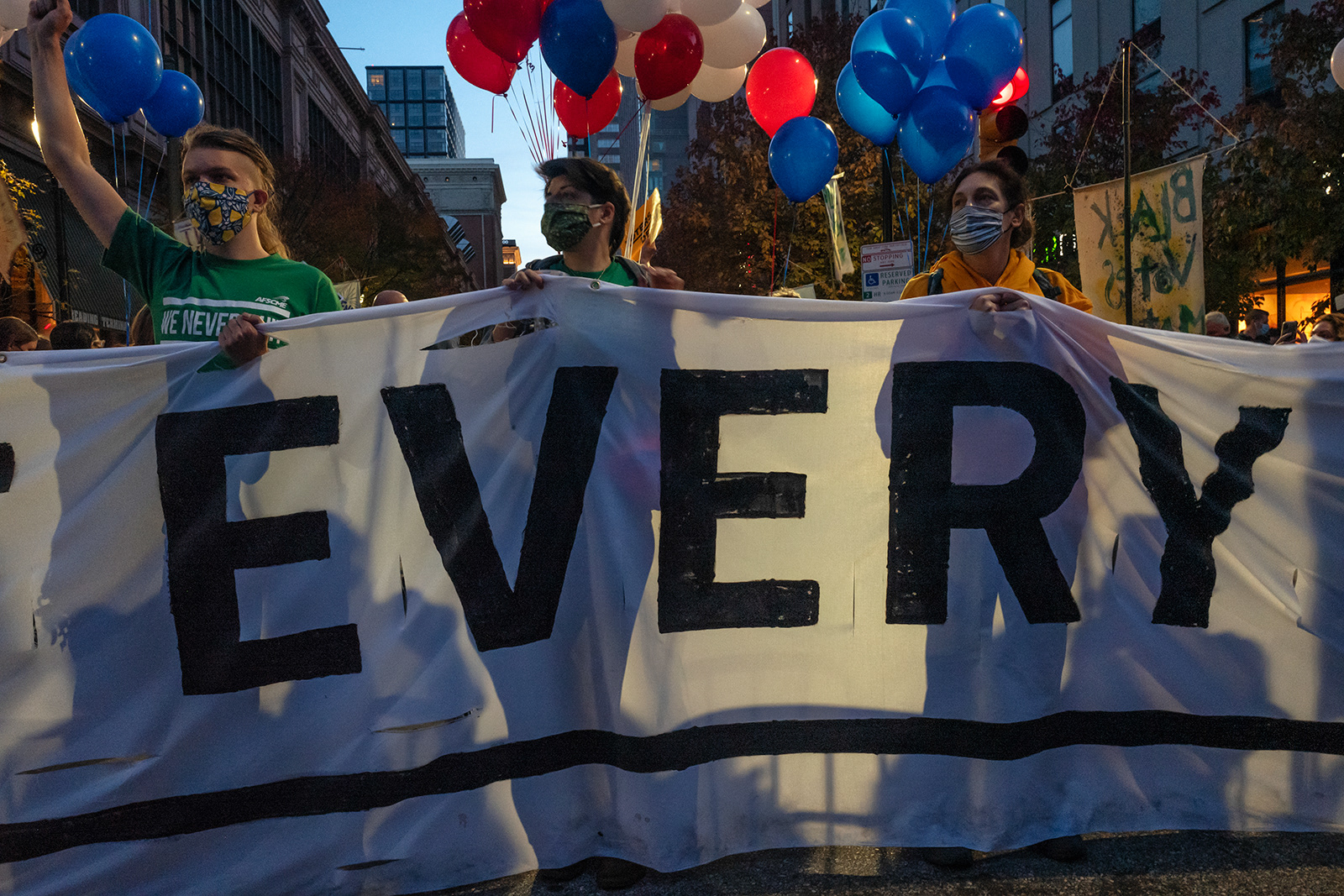 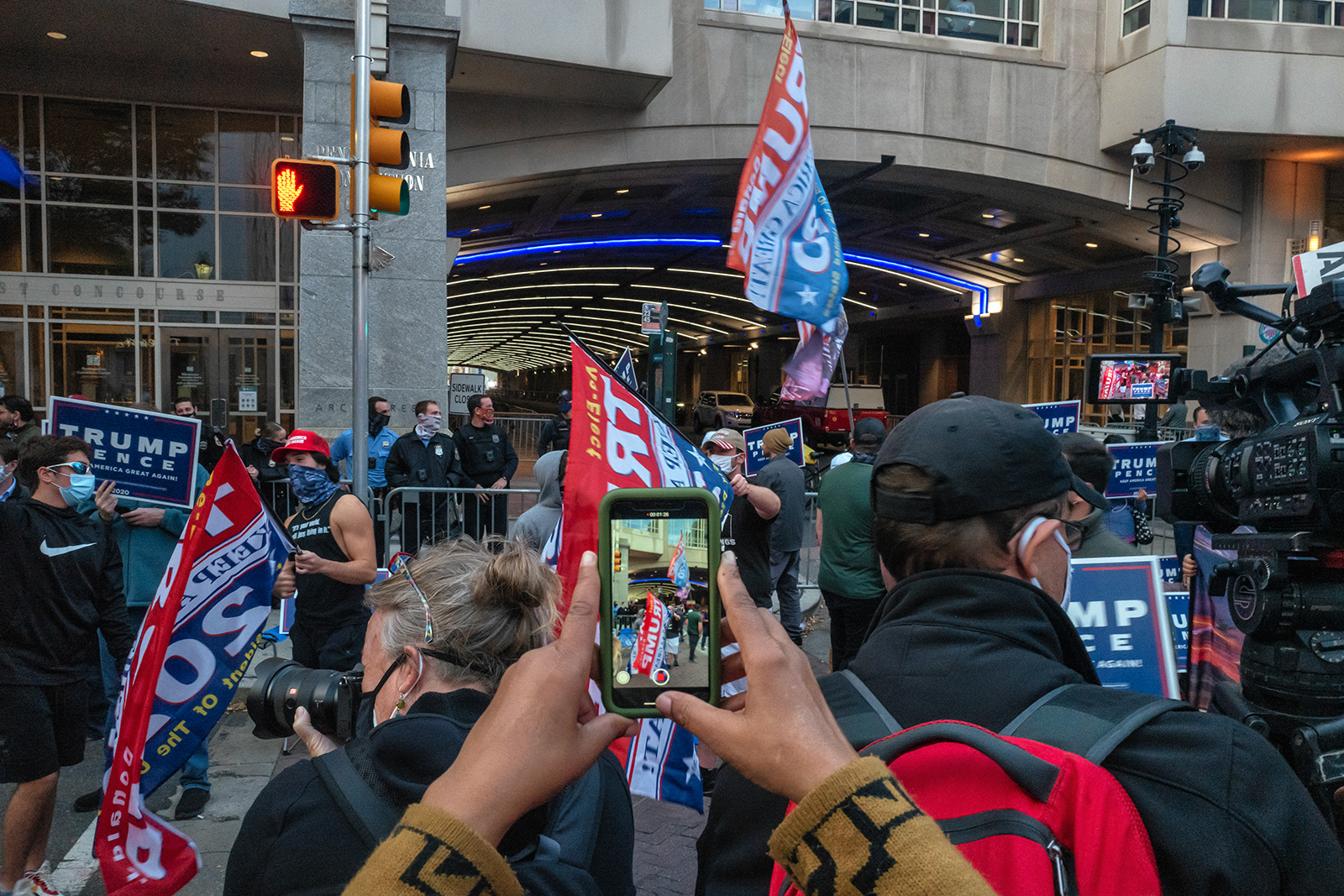 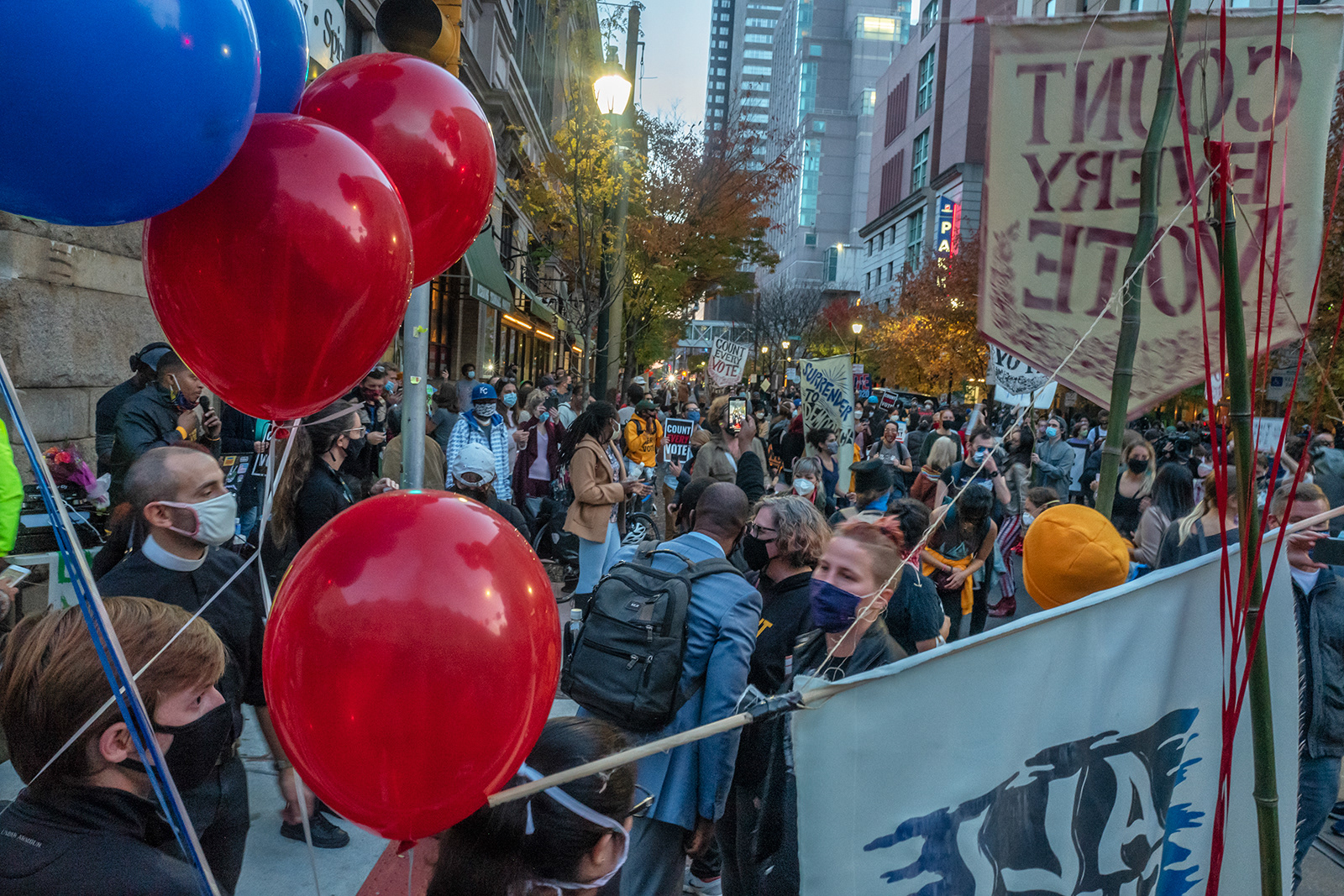 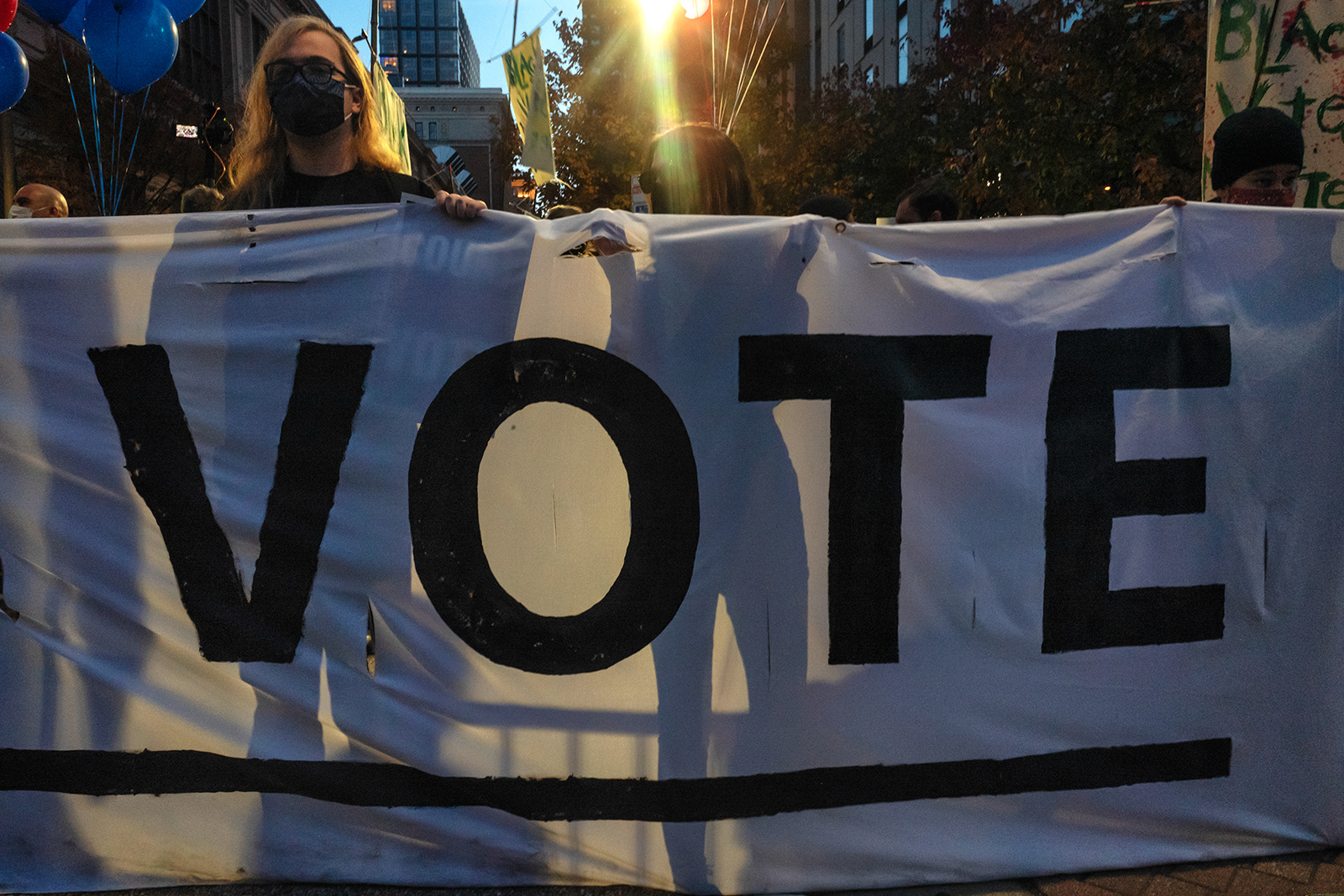 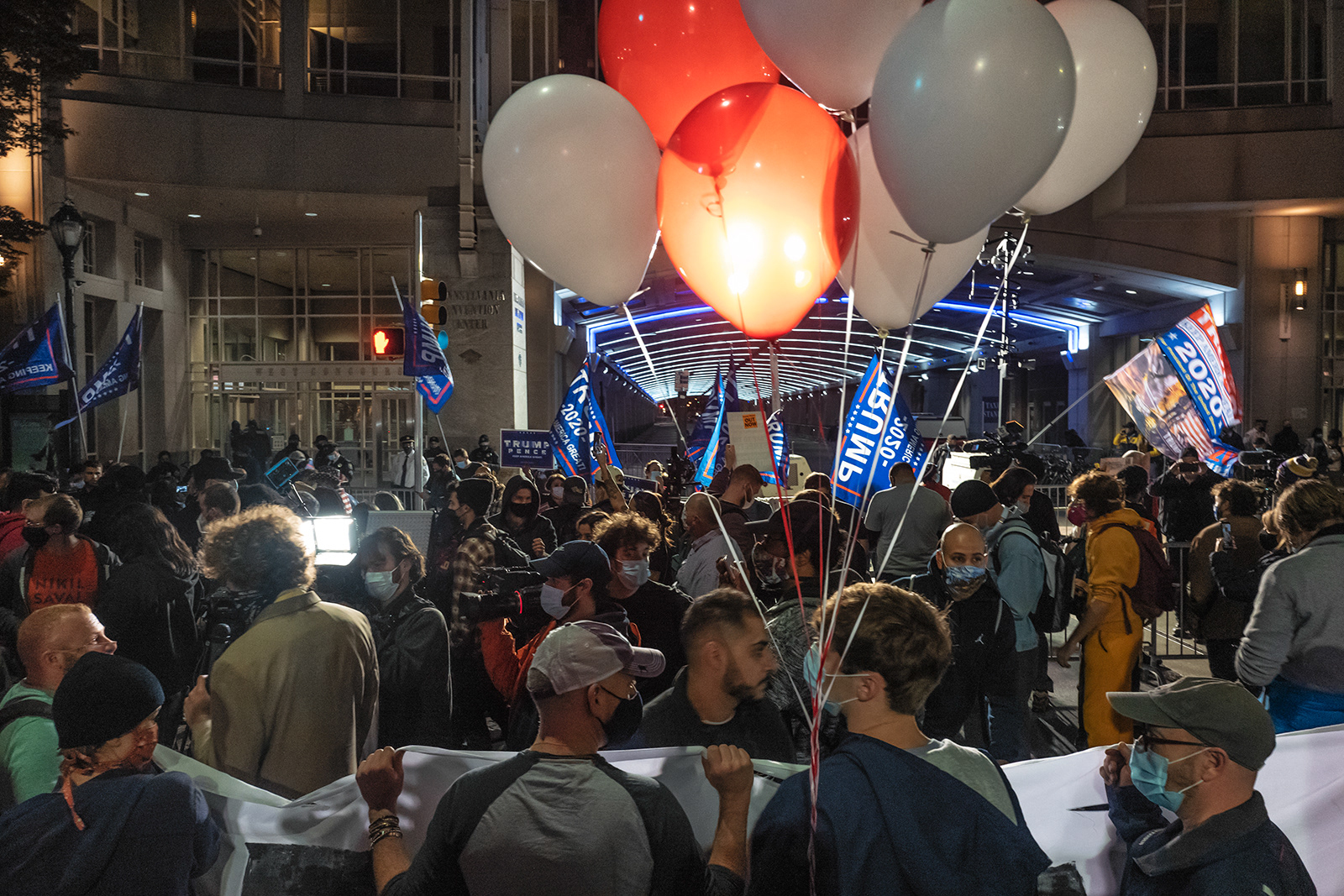 And then the news broke that Pennsylvania came through for Biden and Harris—on release of another tranche of Democratic votes coming from Philadelphia.  And Philadelphia exploded in joy. 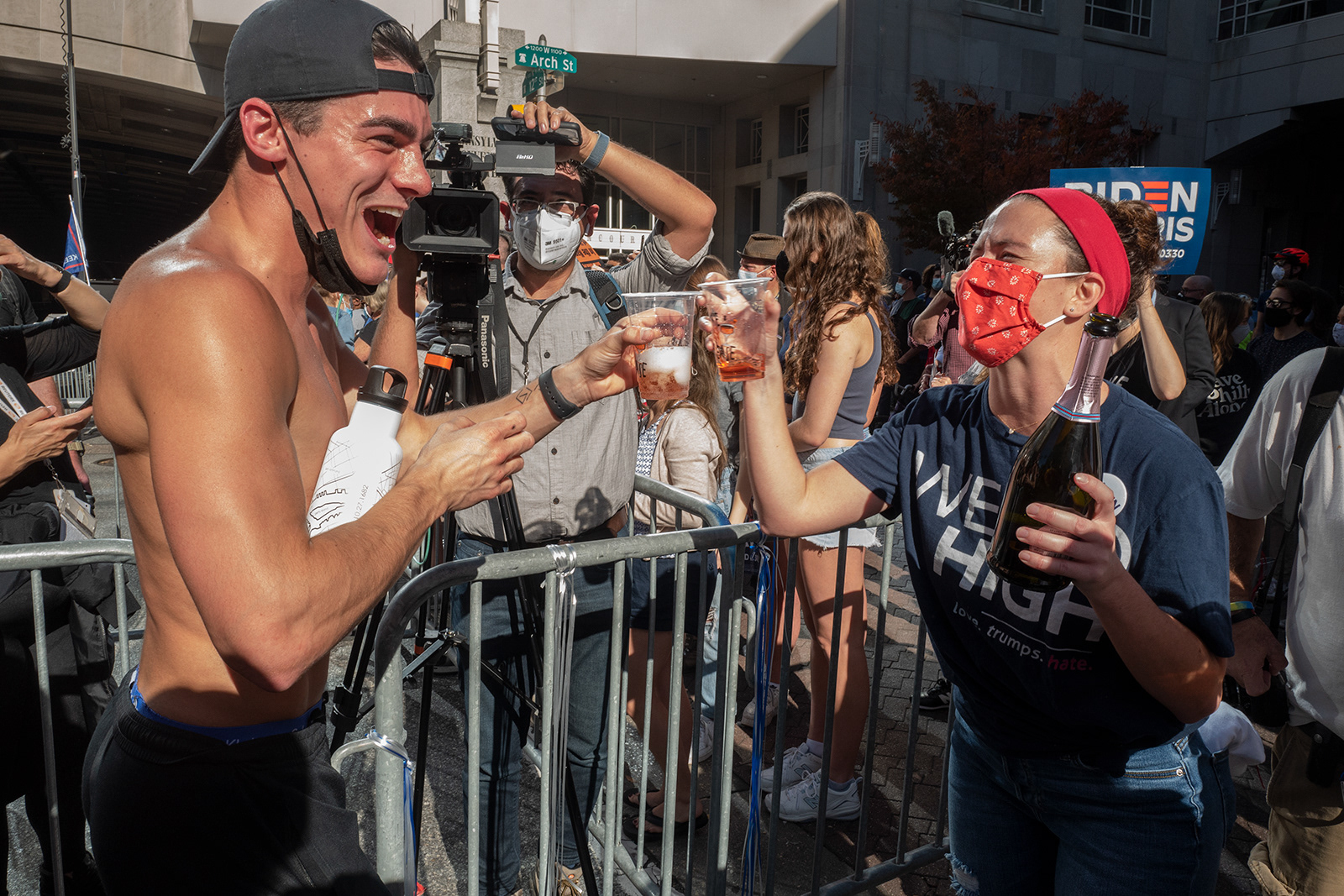 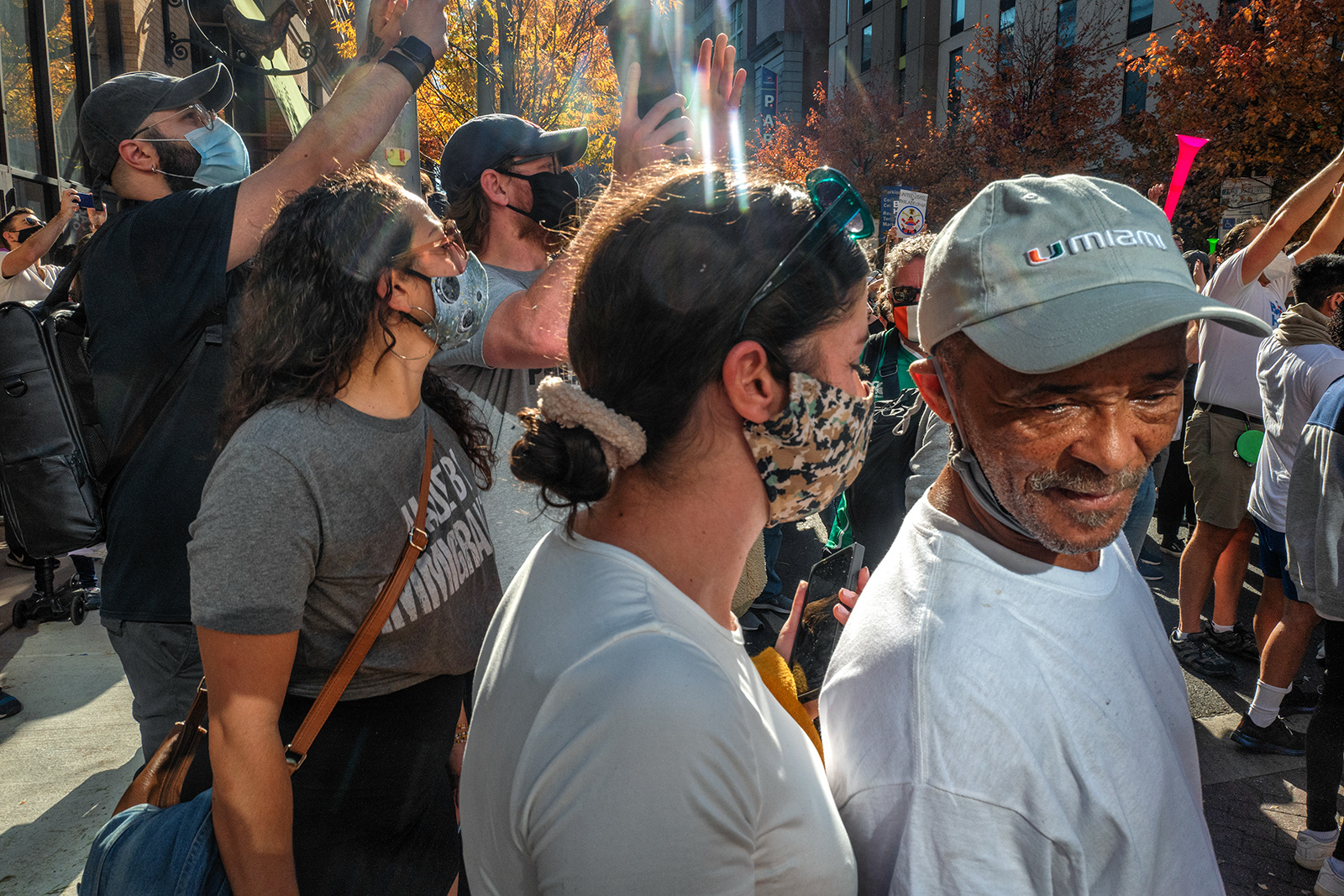 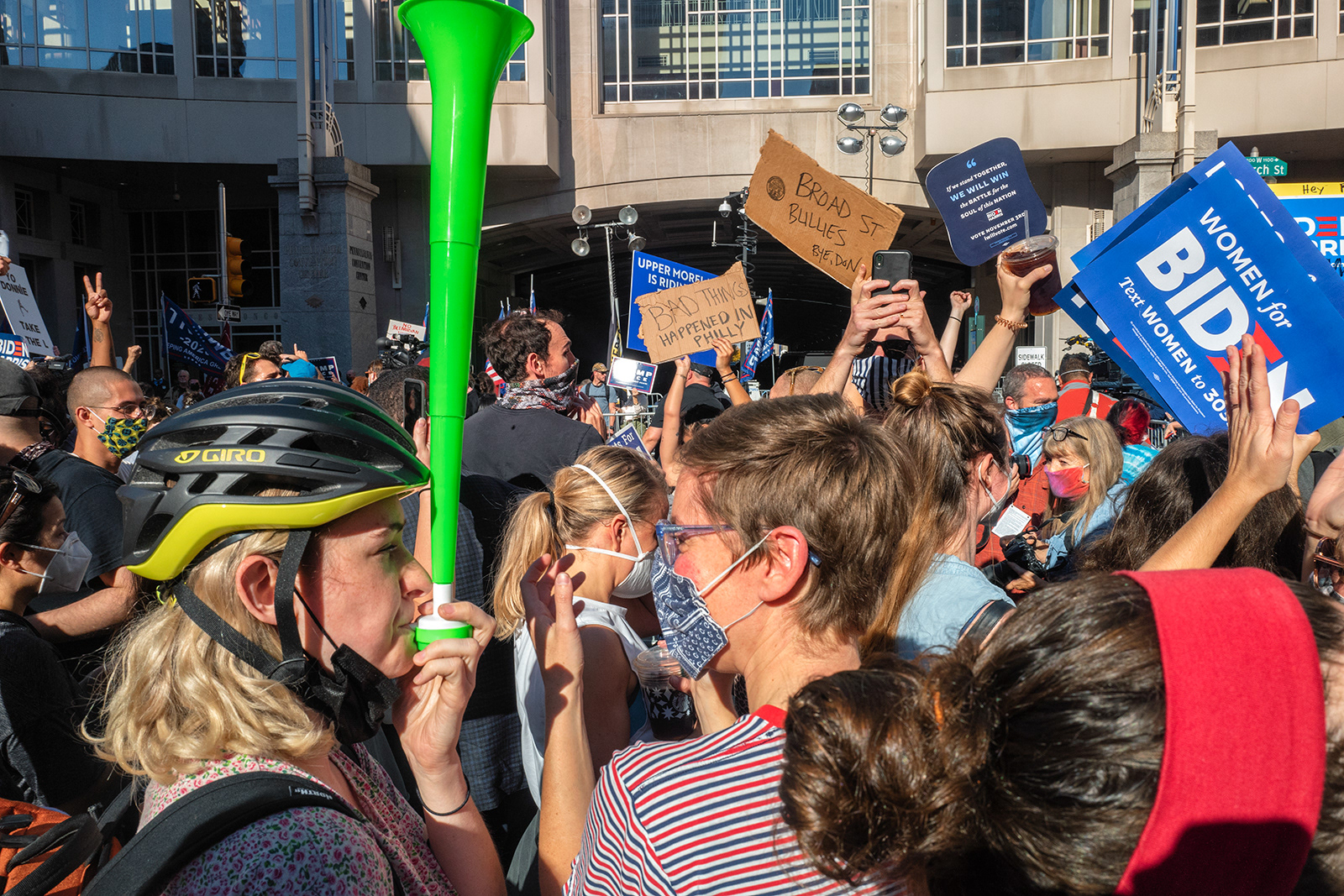 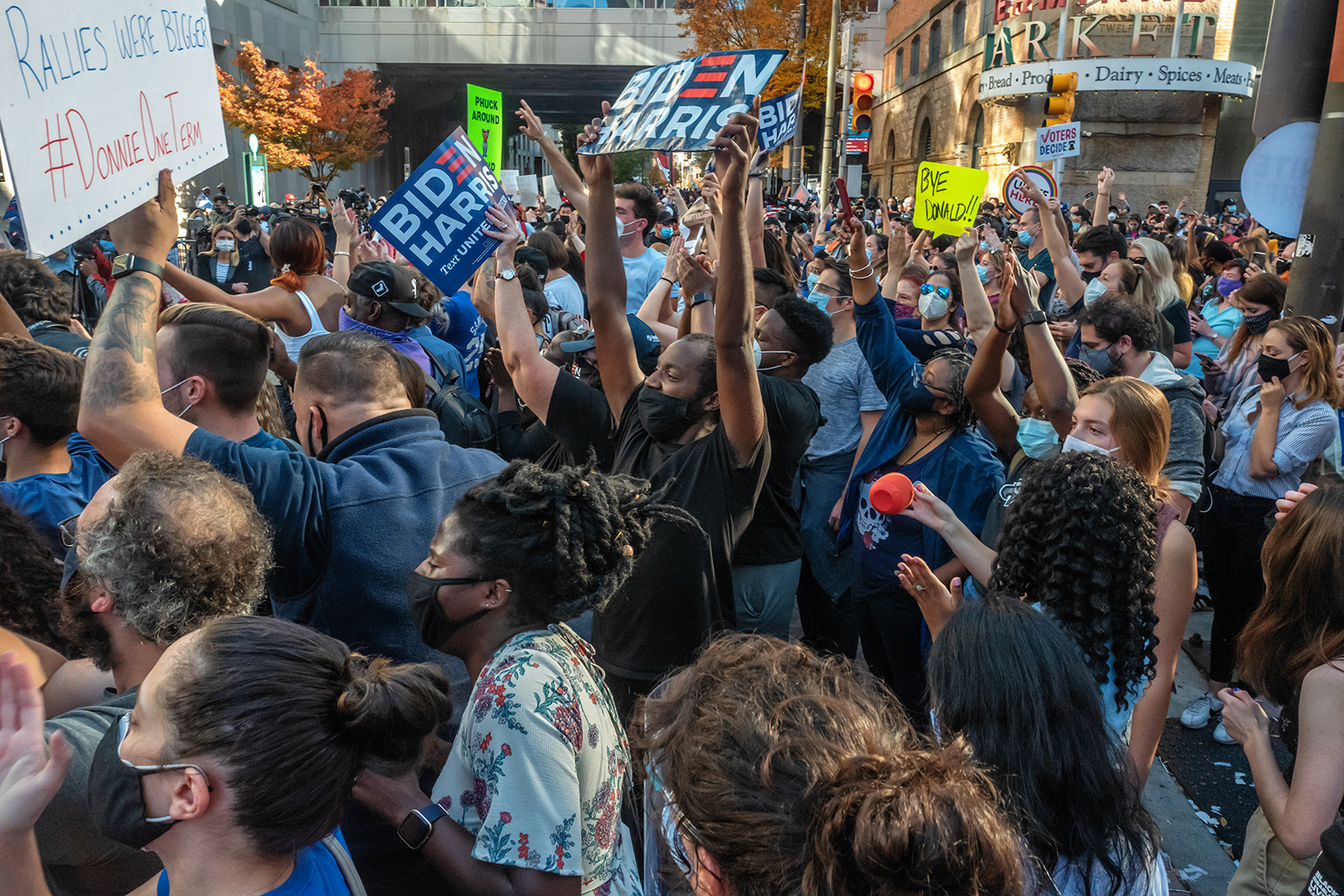 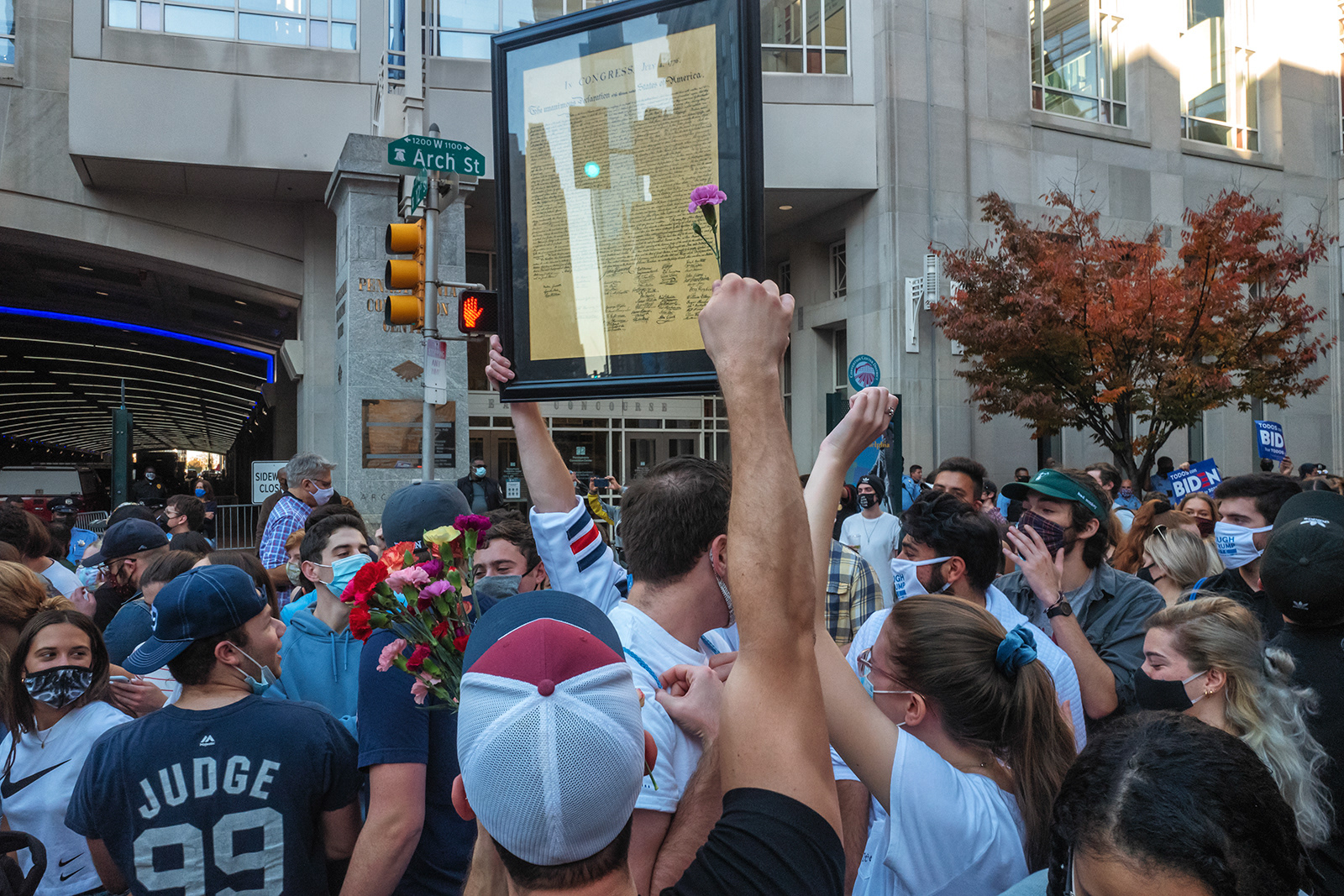 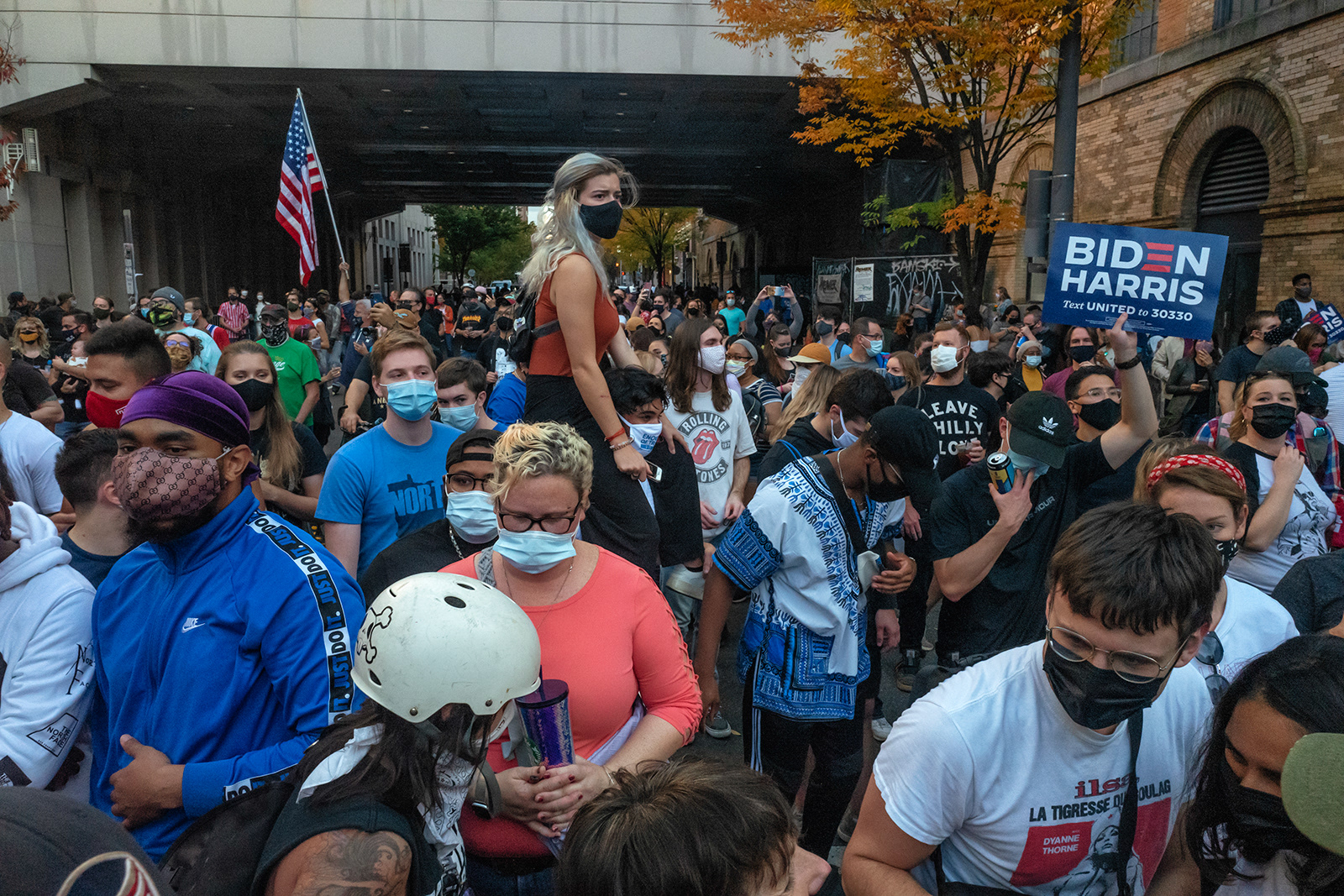 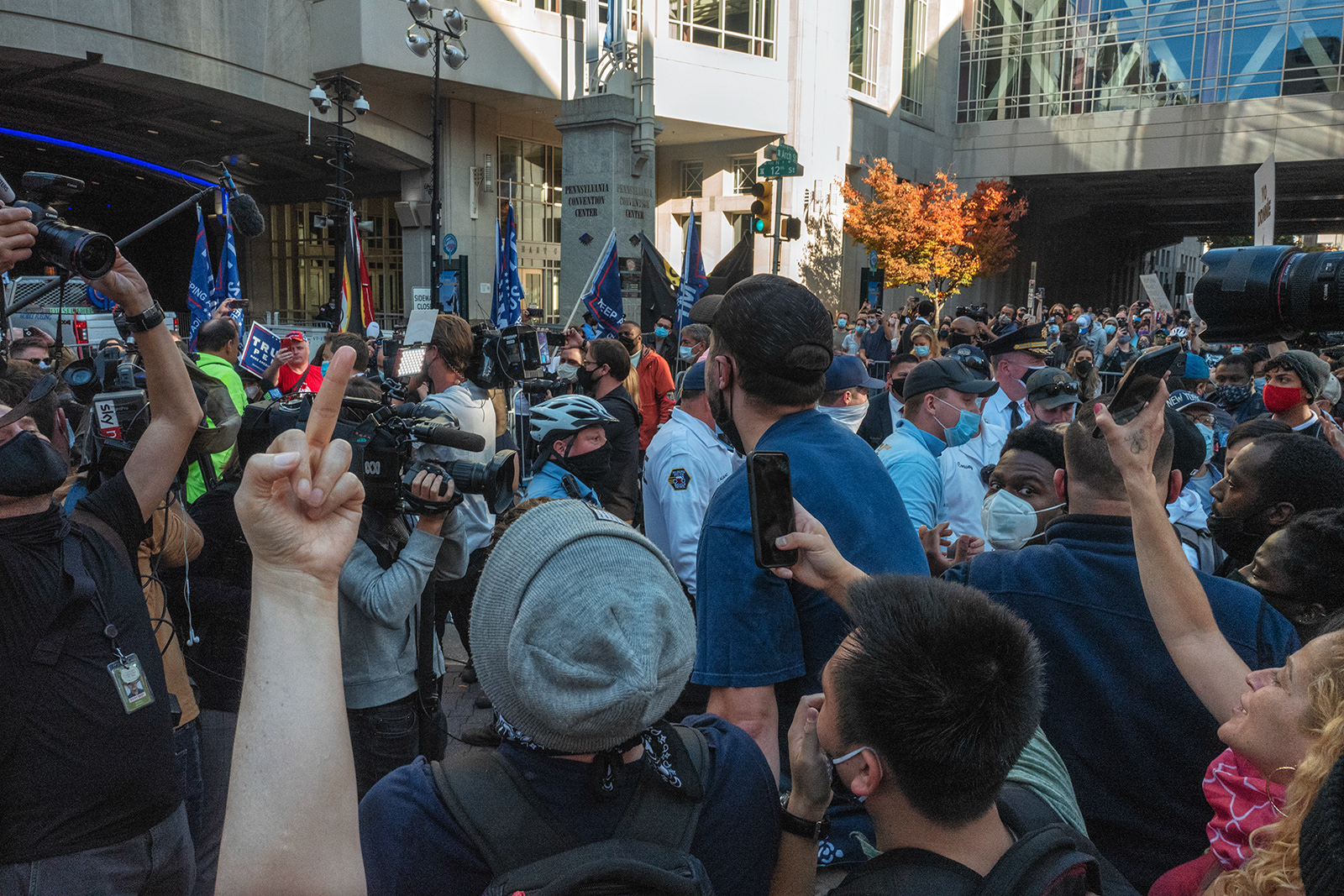 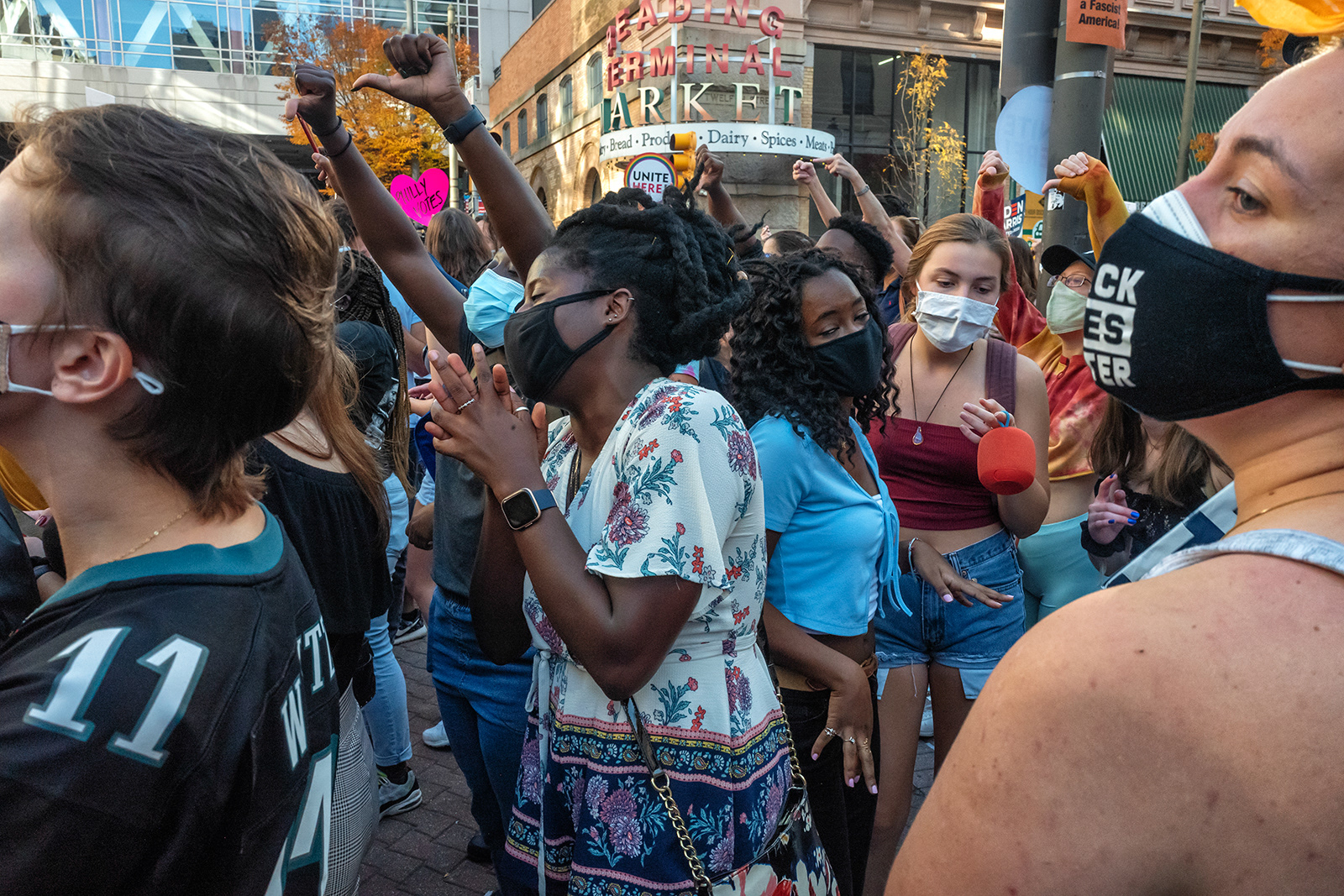 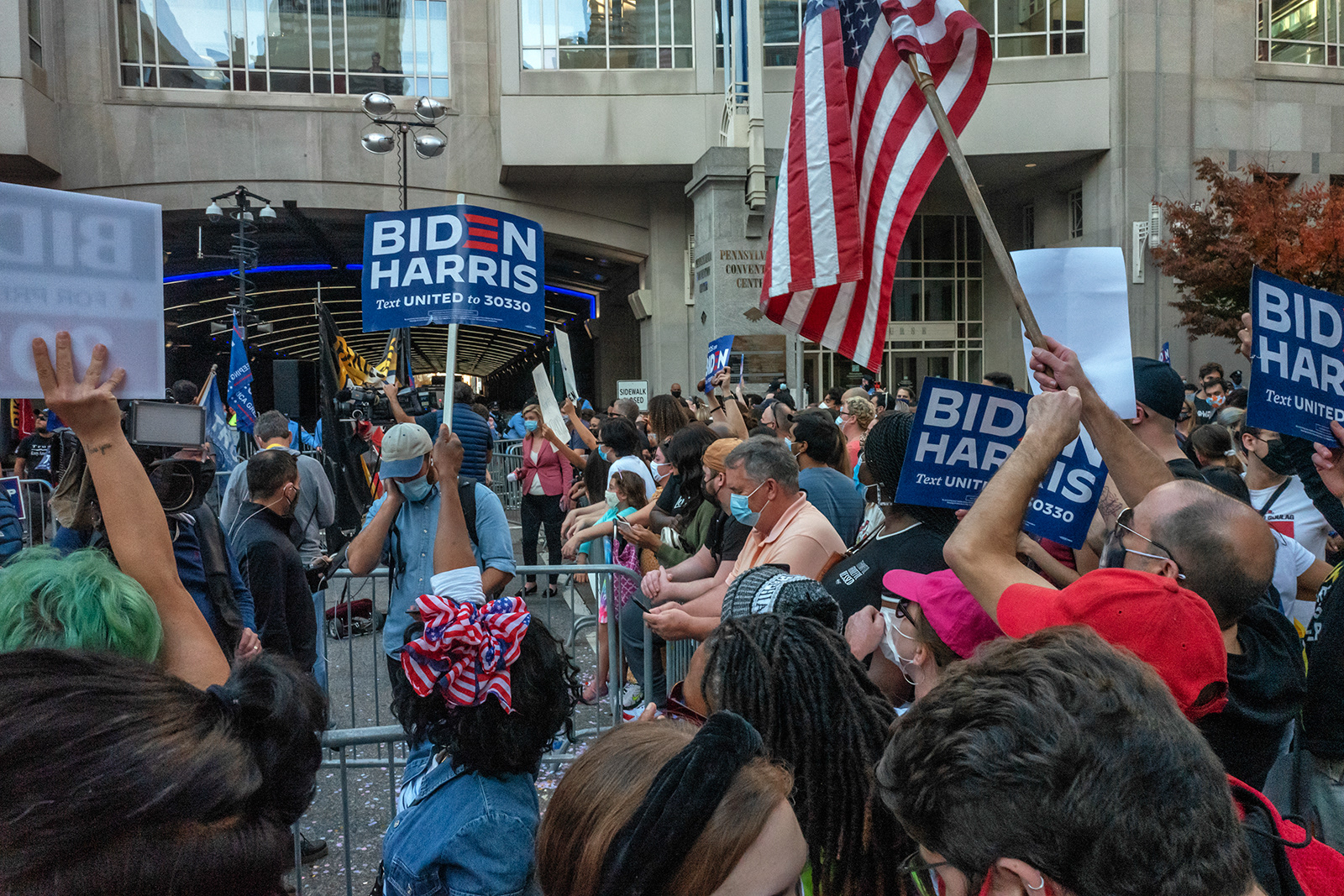