Today, the swamp’s history is not a subject of popular culture at all, either new or reclaimed.  I know of no novels or films that depict it.  The antebellum swamp’s social history is now the province of historians, for example Sylviane A. Diouf’s Slavery’s Exiles, the source of the information above on punishments, which ably if academically addresses the swamp as a “site of empowerment, migrations, encounters, communication, exchange, solidarity, resistance, and entangled stories.”  Daniel Sayers’ A Desolate Place for a Defiant People, from which my brief comments about labor organization above are drawn, is likewise a careful exposition of the historical and archaeological record.  These works follow from historical non-fictional accounts of life in the swamp, most importantly Frederick Law Olmsted’s 1856 book, Journey in the Seaboard Slave States, which contains detailed descriptions of the swamp’s economy, and transcriptions of interviews with Black lumbermen, free and slave.
And artists?  Did they and do they have something to contribute to the understanding of historical memory of marronage in the Virginia/North Carolina coastal plain?  Nineteenth century visual culture does include depiction of maroon life.  A series of illustrations by David Hunter Strother, known also by his pen name Porte Crayon, followed the artist’s excursion into the swamp.  Appearing in Harper’s New Monthly Magazine in September 1856, his work includes what seems the only example of a portrait of a maroon published in a national magazine.  Identified as “Osman,” the sketch shows a man nearly encircled by vines and bramble, not quite stepping through it nor camouflaged within it, one hand palming what seems a wild bird, the other cradling a rifle.  The fact of the gun alone indicates a network of survival, from which he procured a supply of ammunition.  By contrast, David Edward Cronin’s 1888 painting “Fugitive Slaves in the Dismal Swamp, Virginia” is entirely a work of the studio, a romantic exercise in historical memory made in the context of the post-bellum South.  By the time Cronin made his image, marronage had mostly already ended, and slavery had been replaced by the Jim Crow system of legalized discrimination and disenfranchisement, and the Klan-driven system of extralegal vigilante terror and murder.

By way of historical memory, it seems to me that the least the maroons deserve is that we respect the fundamental terms of their freedom:  they deserve that we honor their opacity.  They produced that opacity skillfully and diligently, essentially as an art of alienation that made an asset of the swamp’s minatory ecology and that learned brilliantly to navigate the periphery of white institutional power.  They deserve that we honor the core terms of their survival, namely subversive self-concealment.  In its own time, their freedom was precisely misaligned with what outsiders could observe, and in historical time, the swamp has swallowed their freedom, leaving it nowhere to be seen.  And here the swamp and the street emerge as sites of mutual resistance in the movement for racial justice, the latter entirely directed toward visibility and seenness.  And, too, the history of the maroons does not fit neatly into the contemporary—and badly needed—work of undoing the erasure of Black culture, inasmuch as erasure was for the maroons a tool of liberation, not its antithesis.
Respecting the basic terms of the maroons’ accomplishment suggests to me that we turn to loss as the appropriate medium of encounter—loss of clarity, loss of certainty, loss of information and loss of the expectation of information.  Encounter:  not the kind of knowing based on acquisition and possession of fact or explanation or image, rather the kind of knowing based in release from the compulsion to possess.  Encounter:  not the hunt for verities and verifications and avowals, rather a receptivity to inference, conjecture and tentative sighting.  Encounter:  not the imperative to claim understanding as if it were the spoils of truth-capture, rather the willingness to allow understanding the dimensional presence of ambiguity and mutability.
Photography, of course, is a medium strongly aligned with the carceral urges of modernity—the collective wish for a visual medium that captures, holds-captive, maintains-in-captivity what it shows.  I feel myself subject to this type of photography when I use my hand-held digital camera—the one I use in the streets—to photograph in the swamp.

The black and white photographs I make with the large, contemplative camera begin to move the terms of knowing to a different field of reference—toward loss, opacity and inconclusivenss as the basis for historical memory of the maroons.  These photographs, as I want them, do not attempt to recover or recuperate that memory.  If they resolve nothing about how maroons lived, I will count it as an accomplishment.  If they fail to fit or retrofit historical consciousness to acts of observation—fail to allow historical consciousness to know itself through pictures—I will likewise count that as an accomplishment.  The maroons deserve an extra-representational art, and a post-representational understanding of photography as such an art.  For me, this means well-unmade pictures, well-seen and dis-composed in their movements of blur and sharpness and a simultaneously dense and open rendition of spatial depth.  The gliding frictions in these photographs are not a visual language for the maroons’ lives or their freedom—their freedom has no such language that we can learn, that welcomes and assures us—but if these pictures can prompt questions about what those lives and that freedom meant, I will count it as an accomplishment.
It is 2020, and I do not know how to remember 1620 in the swamp, or any earlier year.  Time has made the maroons’ escape even more radical.  The swamp seems as inhospitable as it ever was, and in this sense suggests a deflective encounter with slavery—being there, you get a sense of what miseries were preferable to enslavement—but ultimately, I feel that maroon life has no likeness.  No story and no image can do more than brush by the maroons’ own freedom, whatever it was.  My sense of their liberty is as obnubilated as the swamp itself, and the best I can do is make images that un-capture the imagination of that liberty.  I myself, an American in my own time, am not at liberty to stop seeking the image of freedom.  Not at liberty:  the maroons in their freedom are a blessing in memory, and we ourselves deserve a freedom of memory true to their enigma in all its skill.
Jason Francisco
March 2021 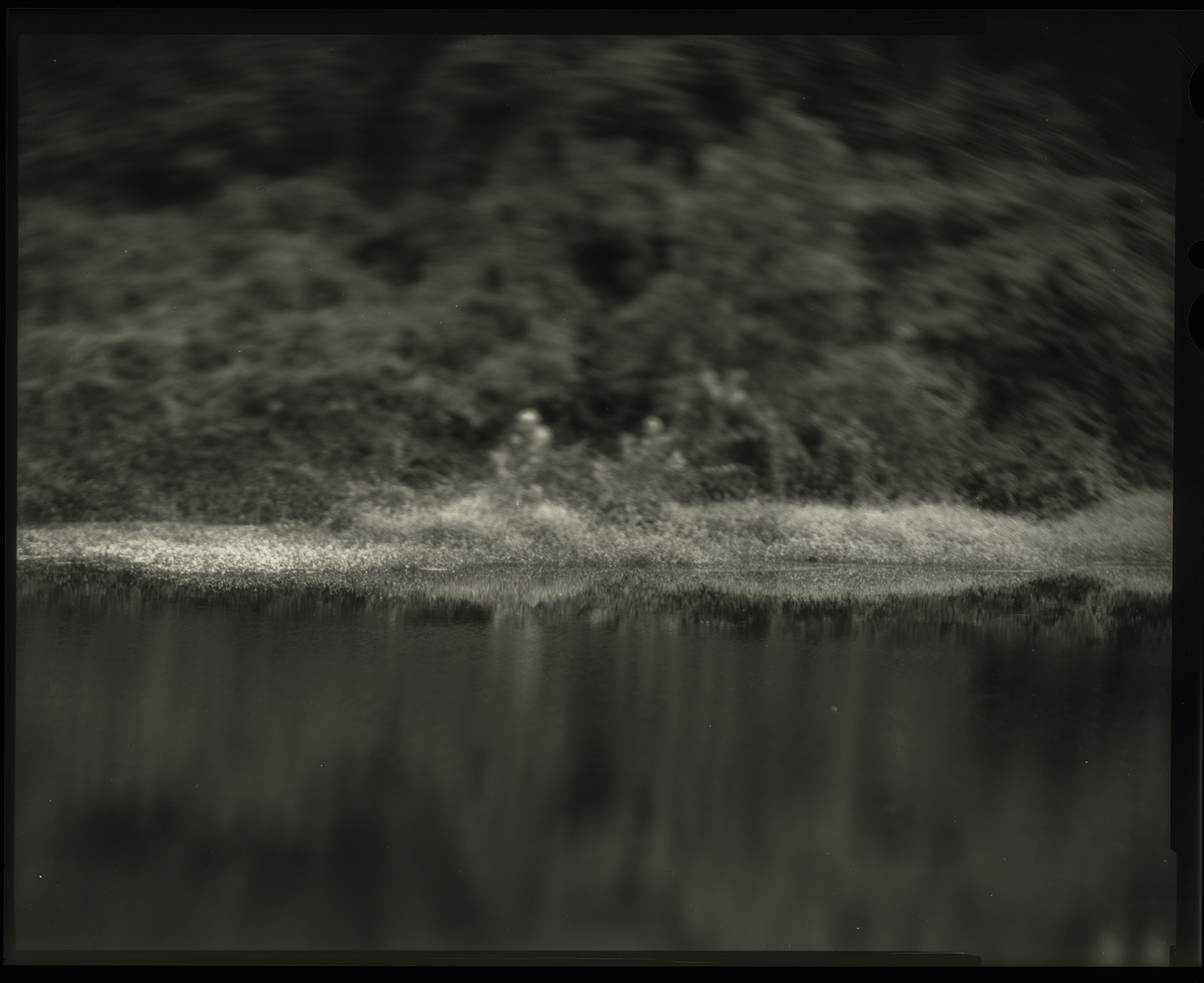 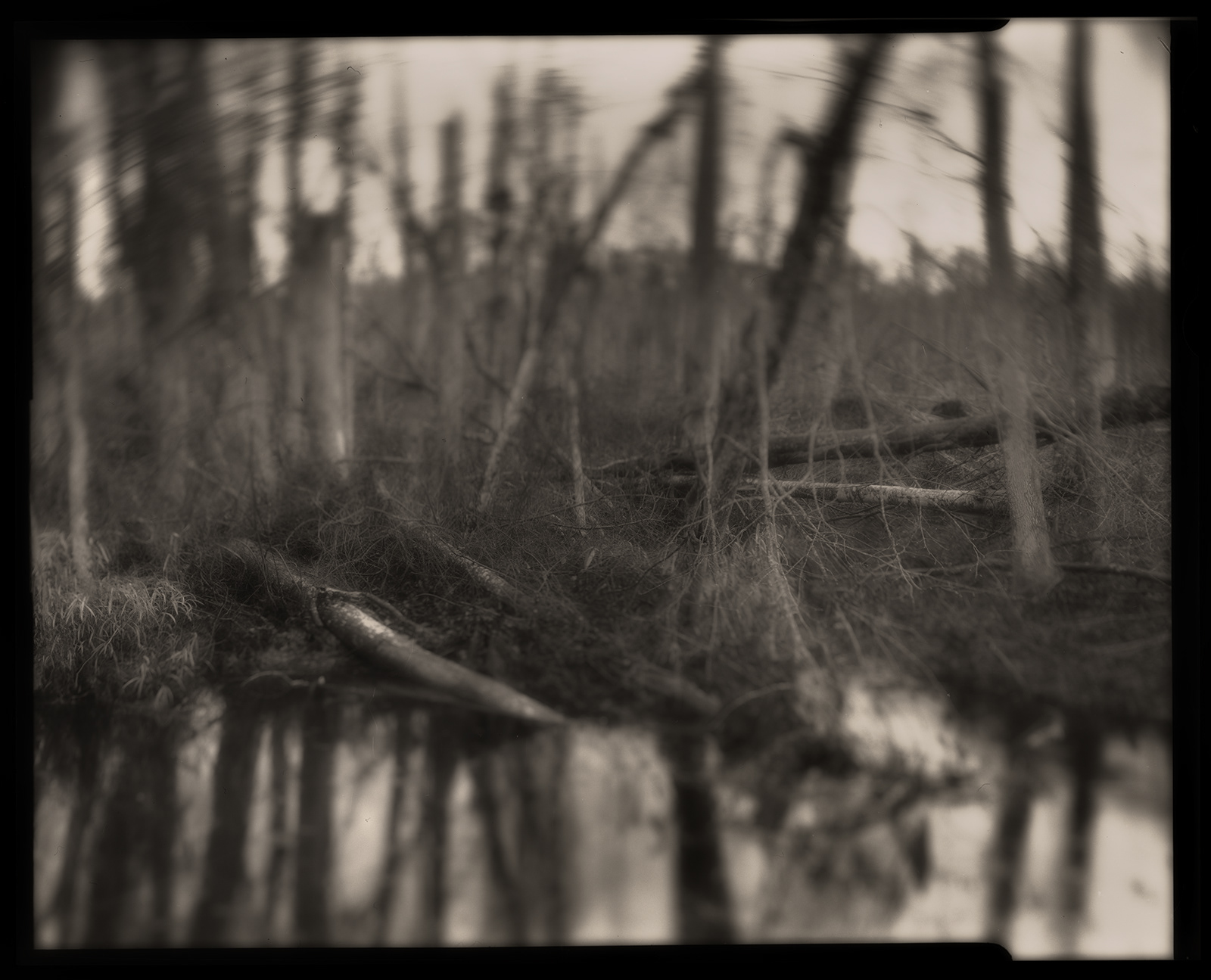 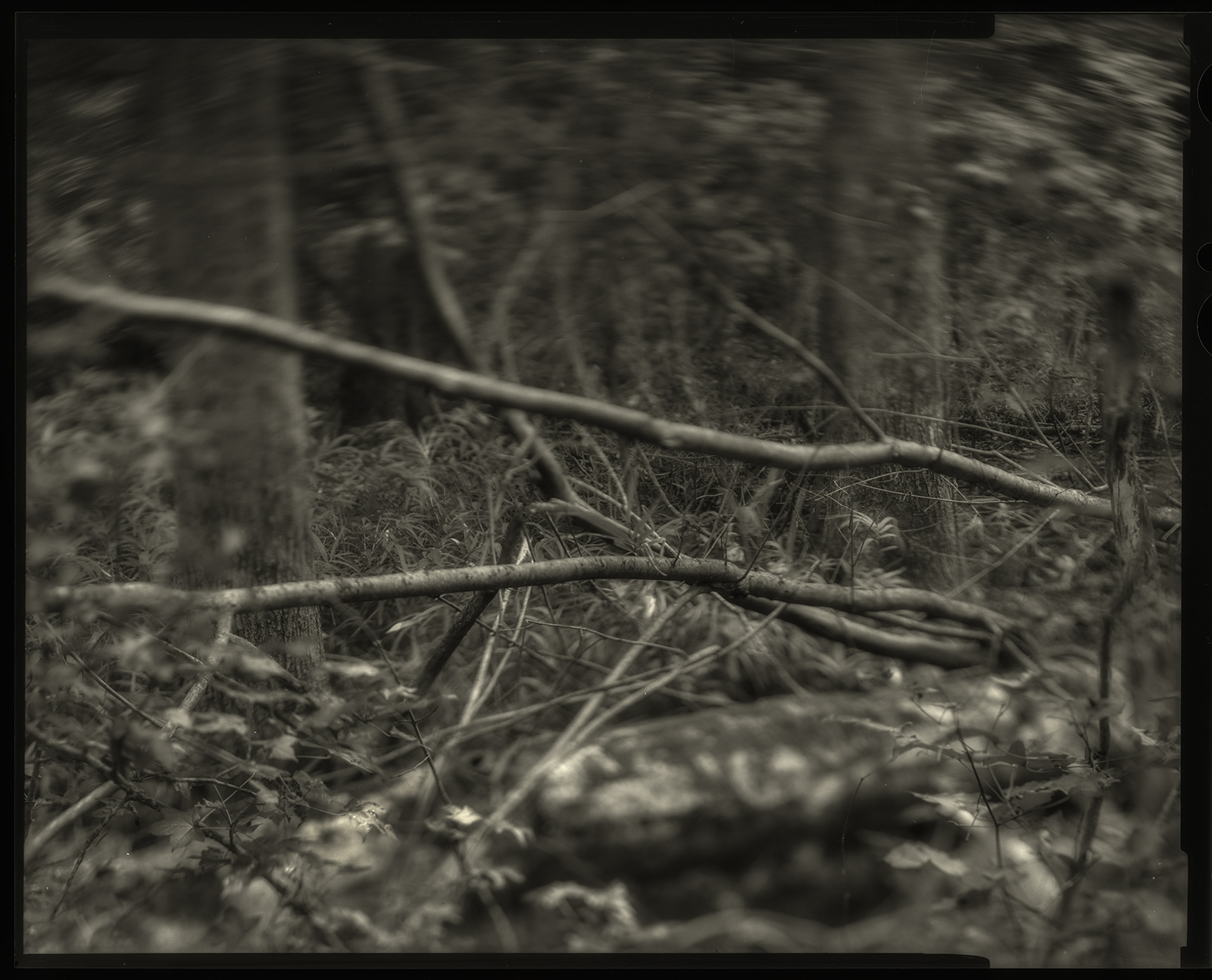 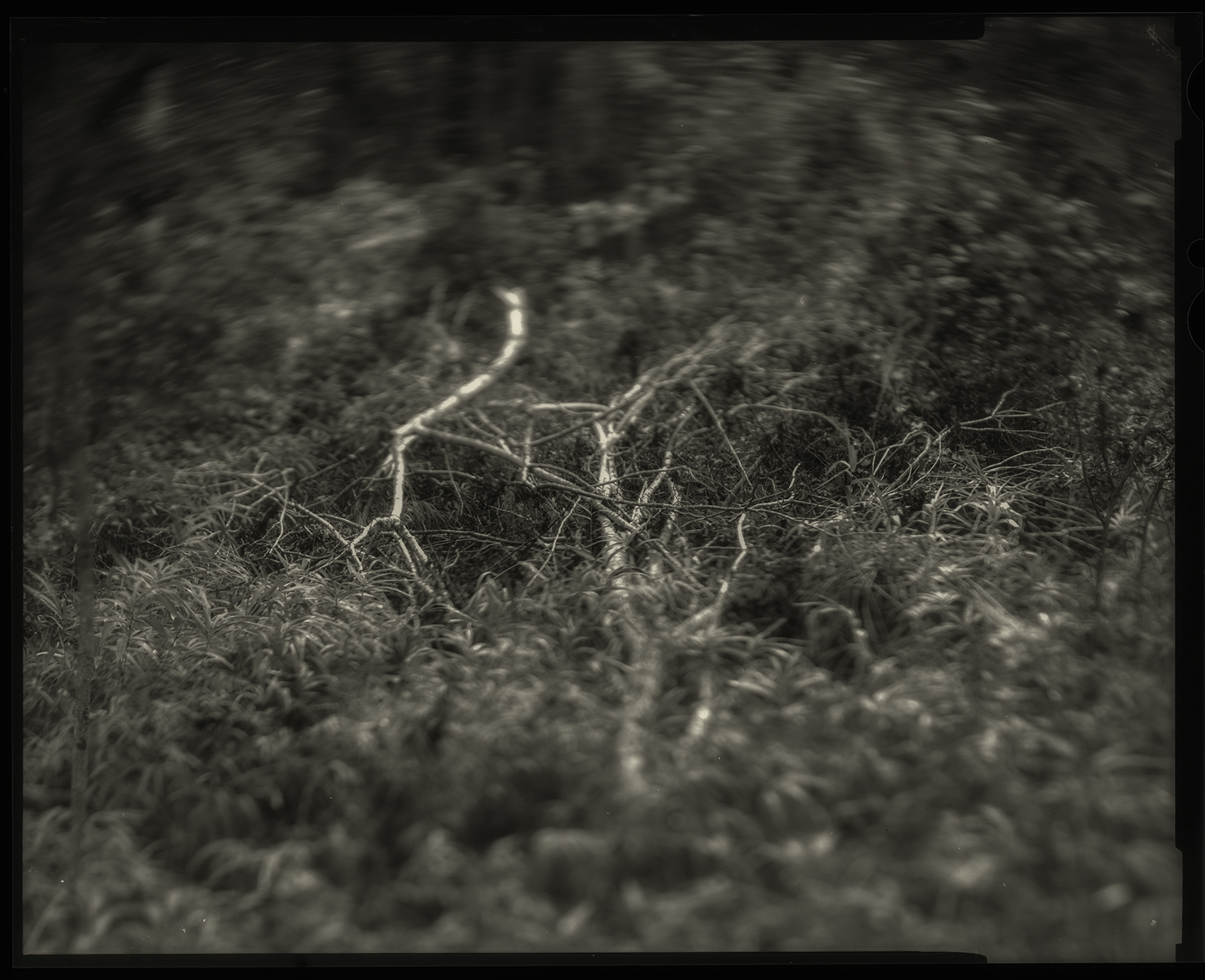 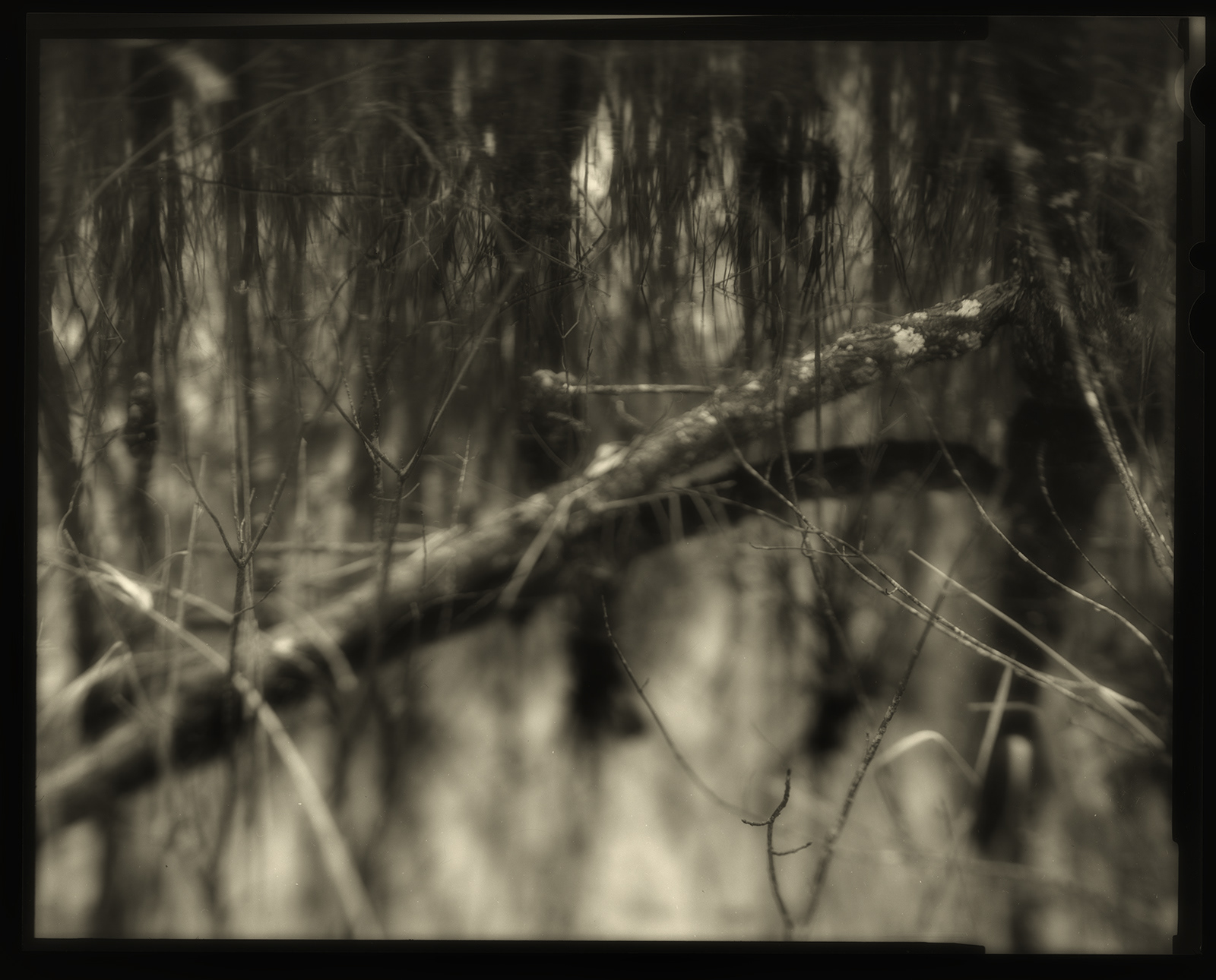 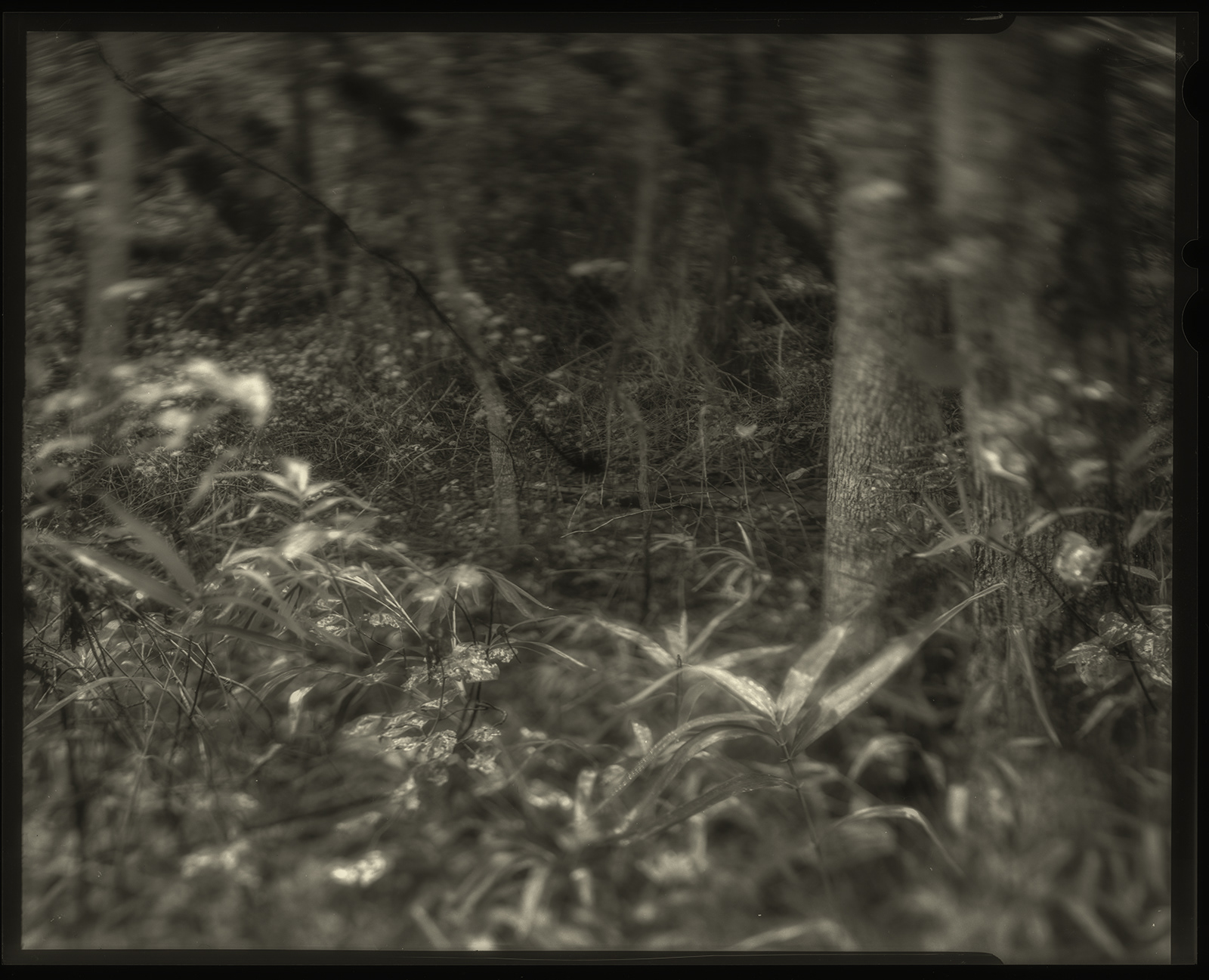 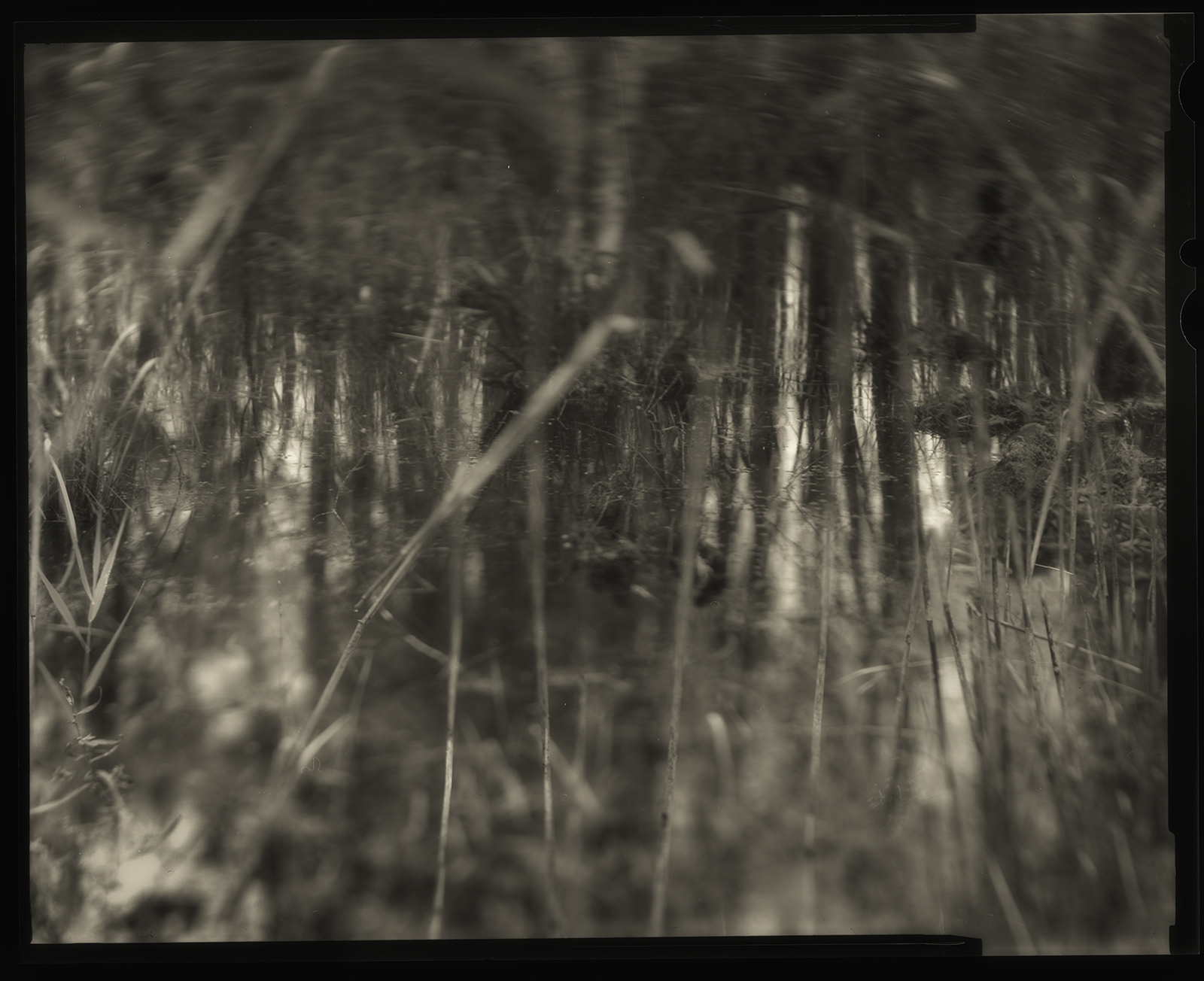 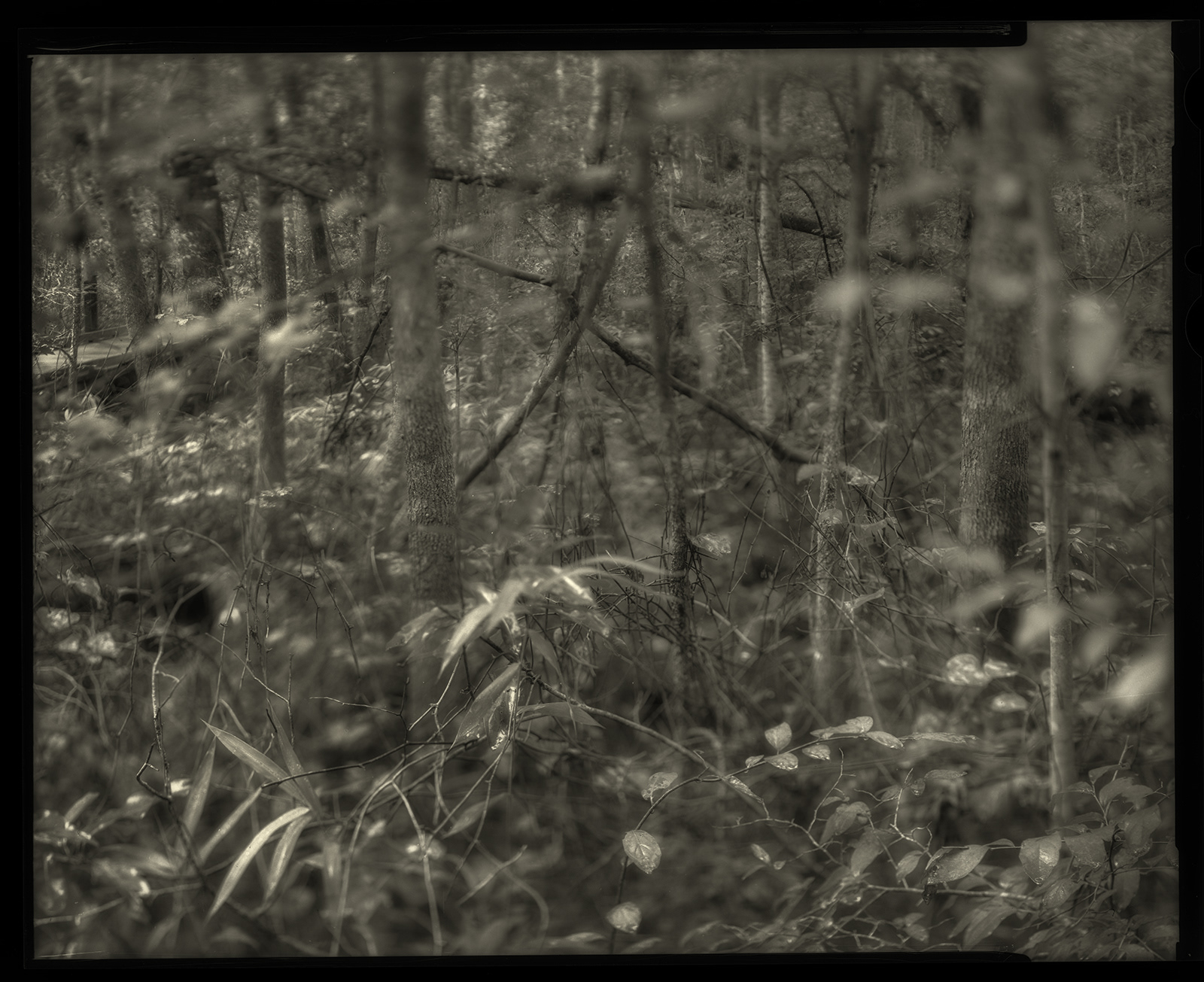 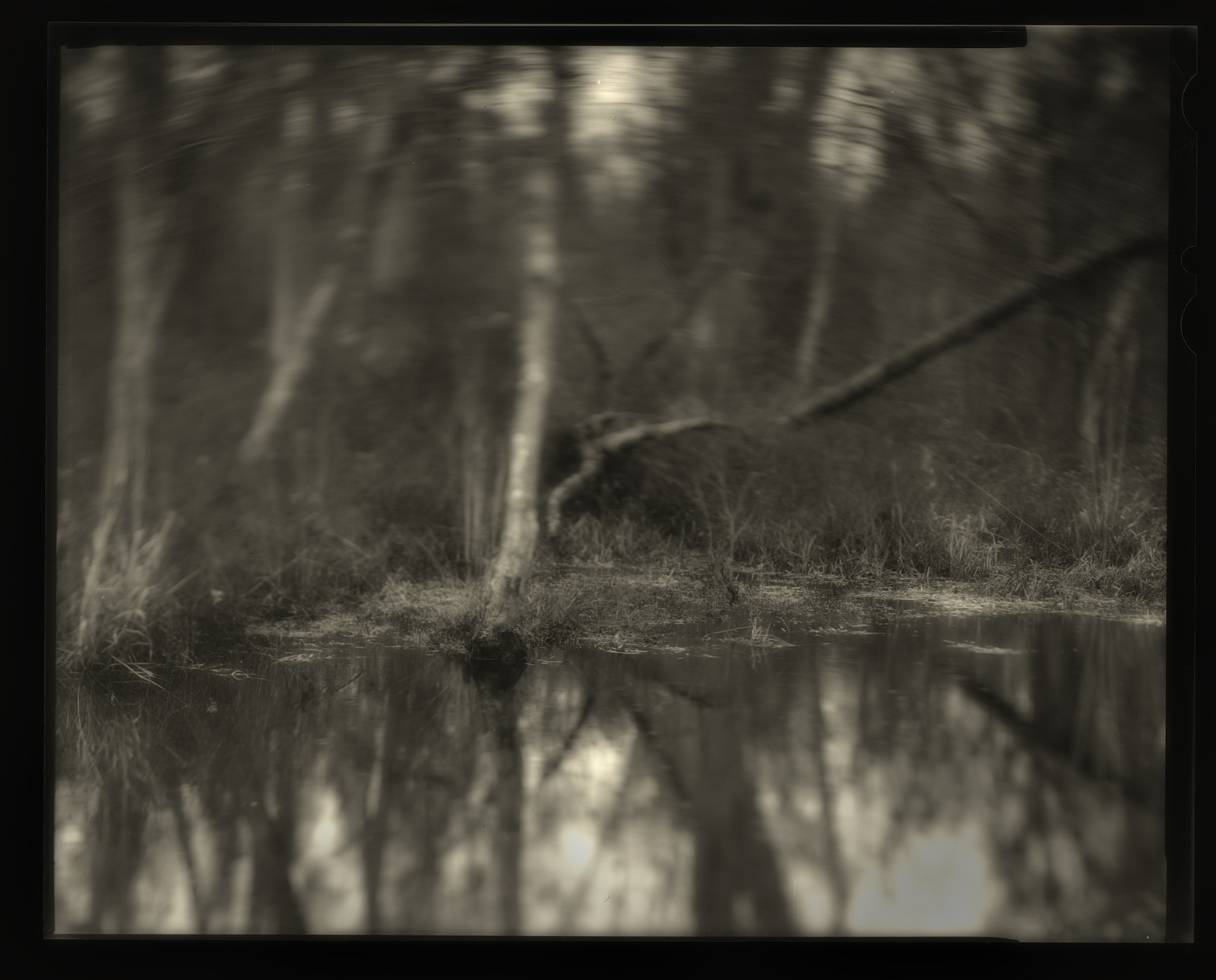 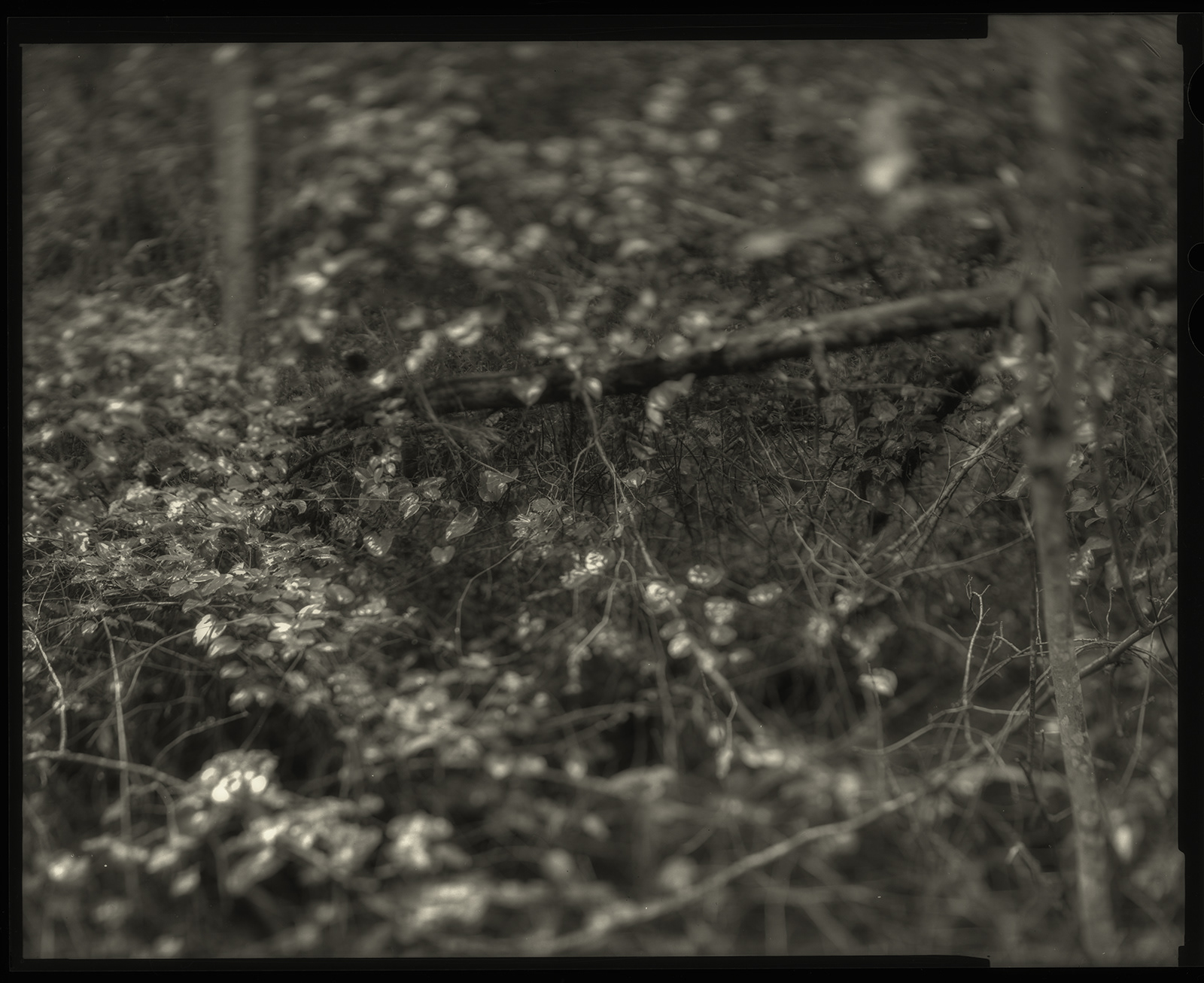 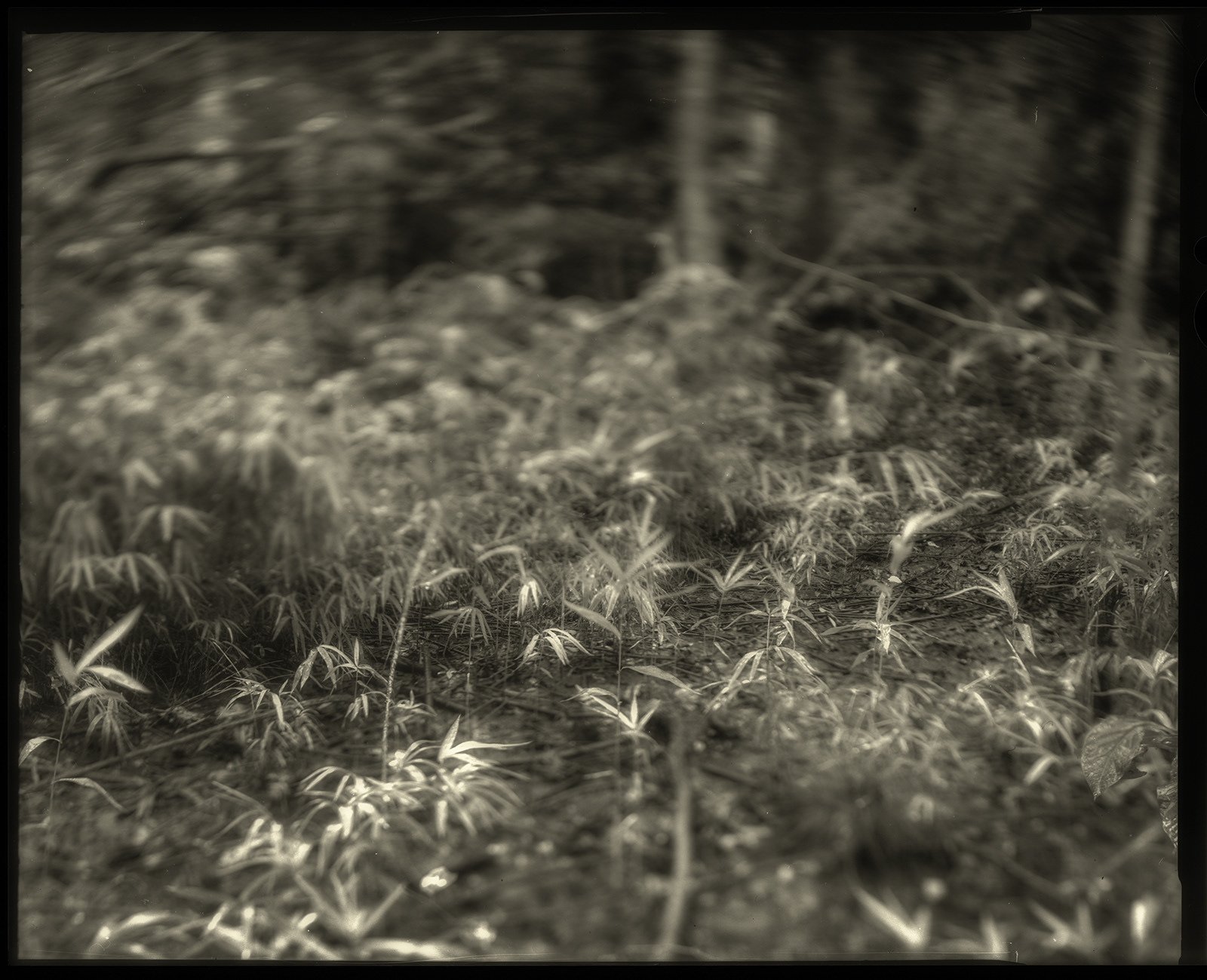 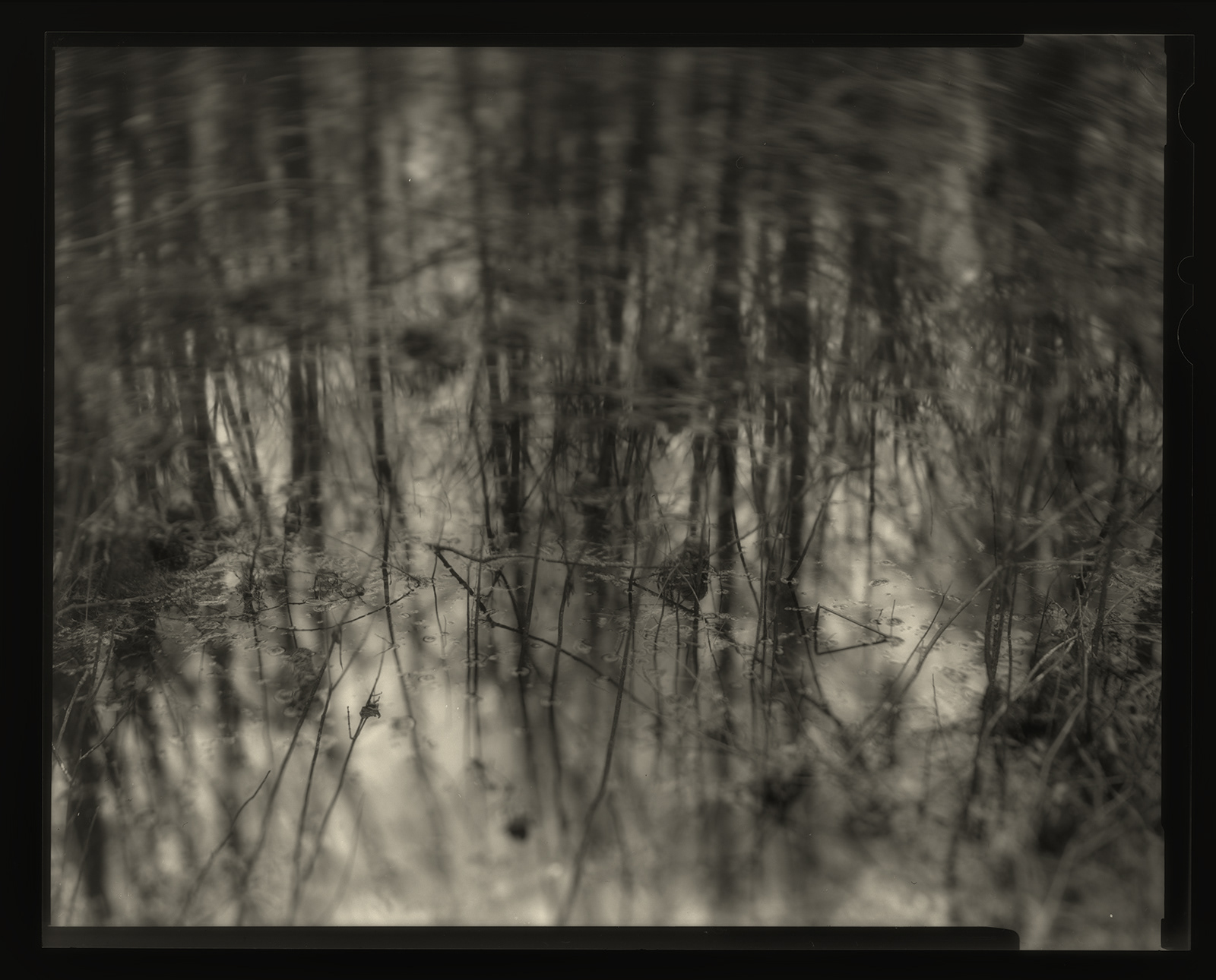 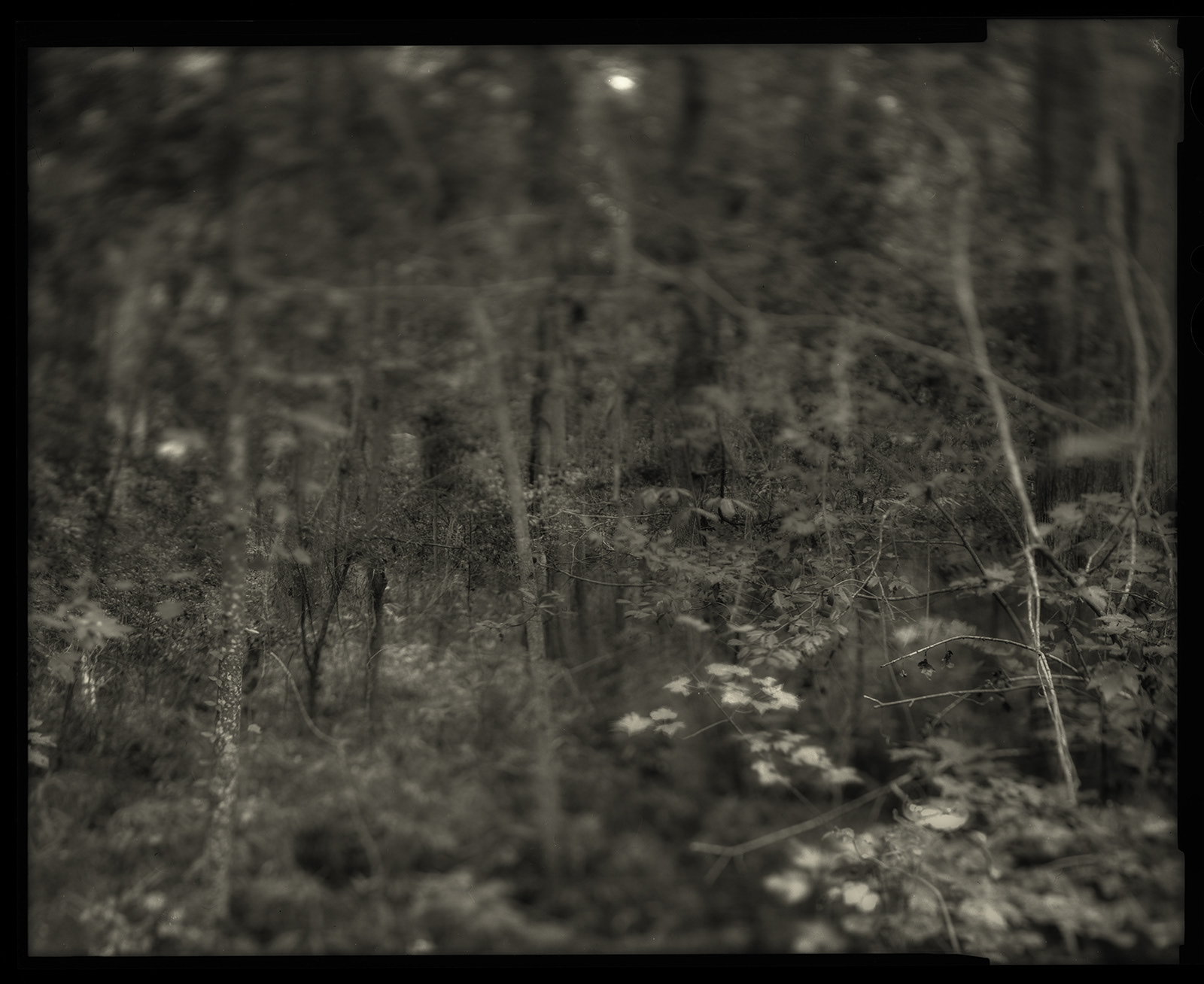 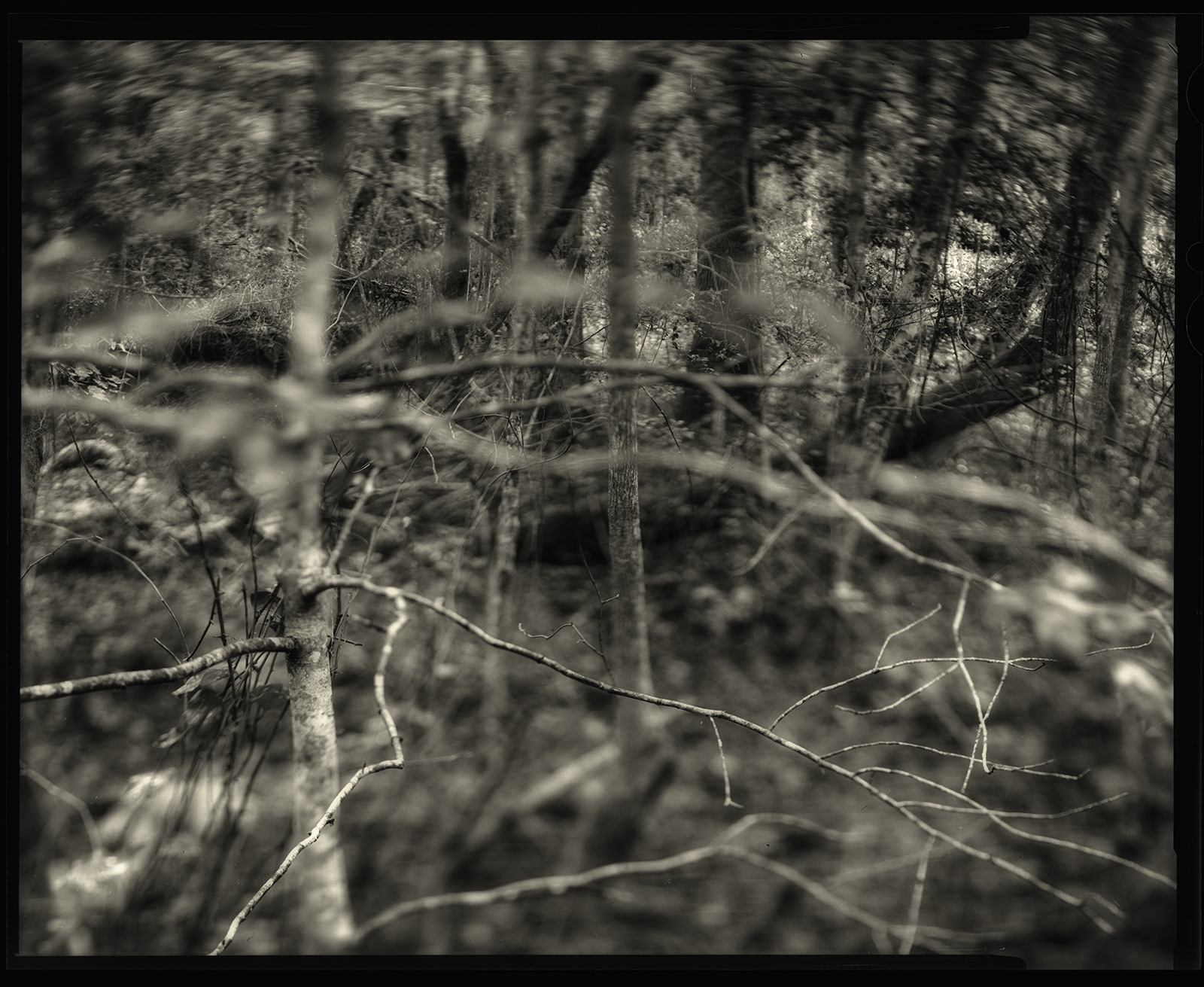 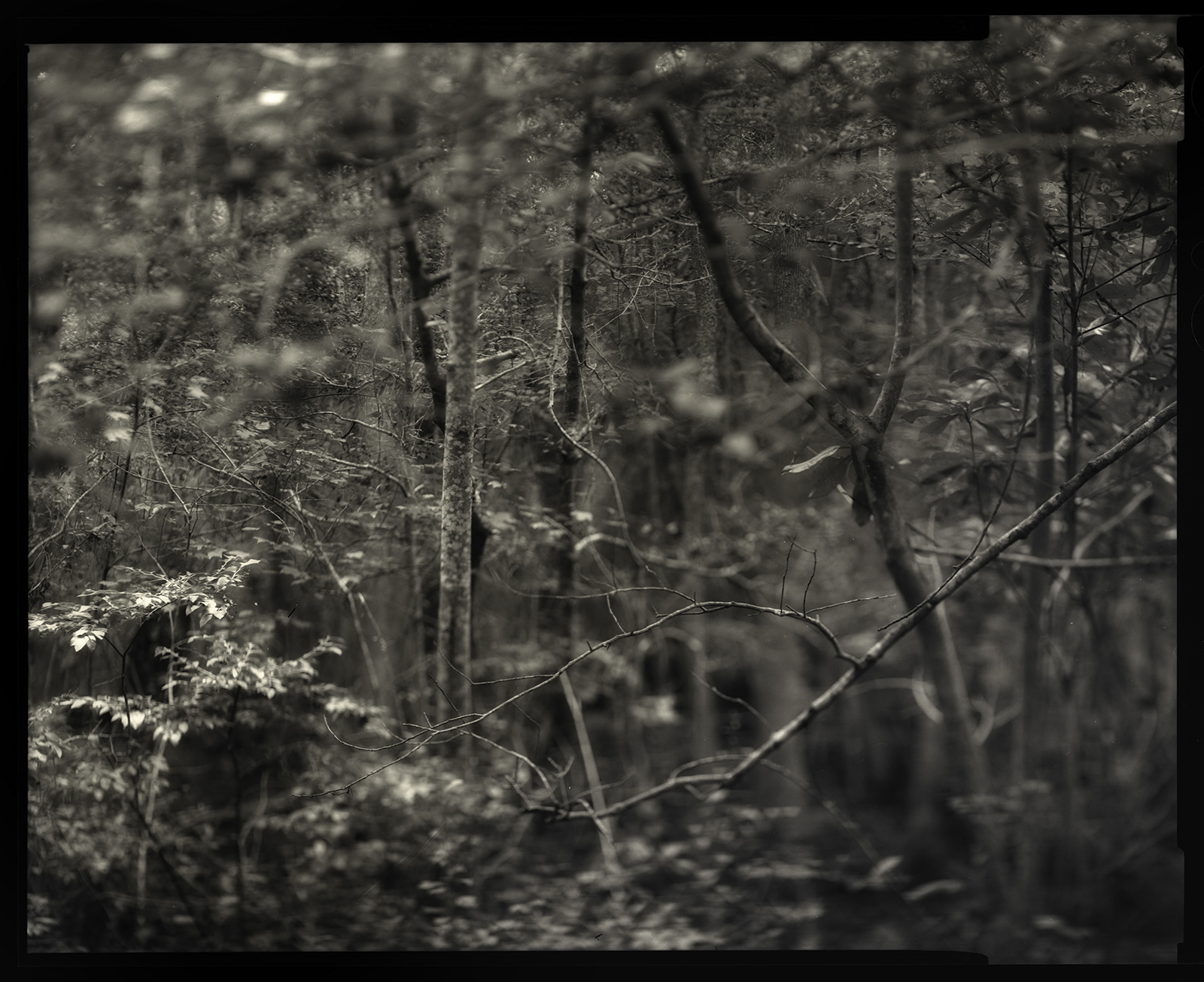 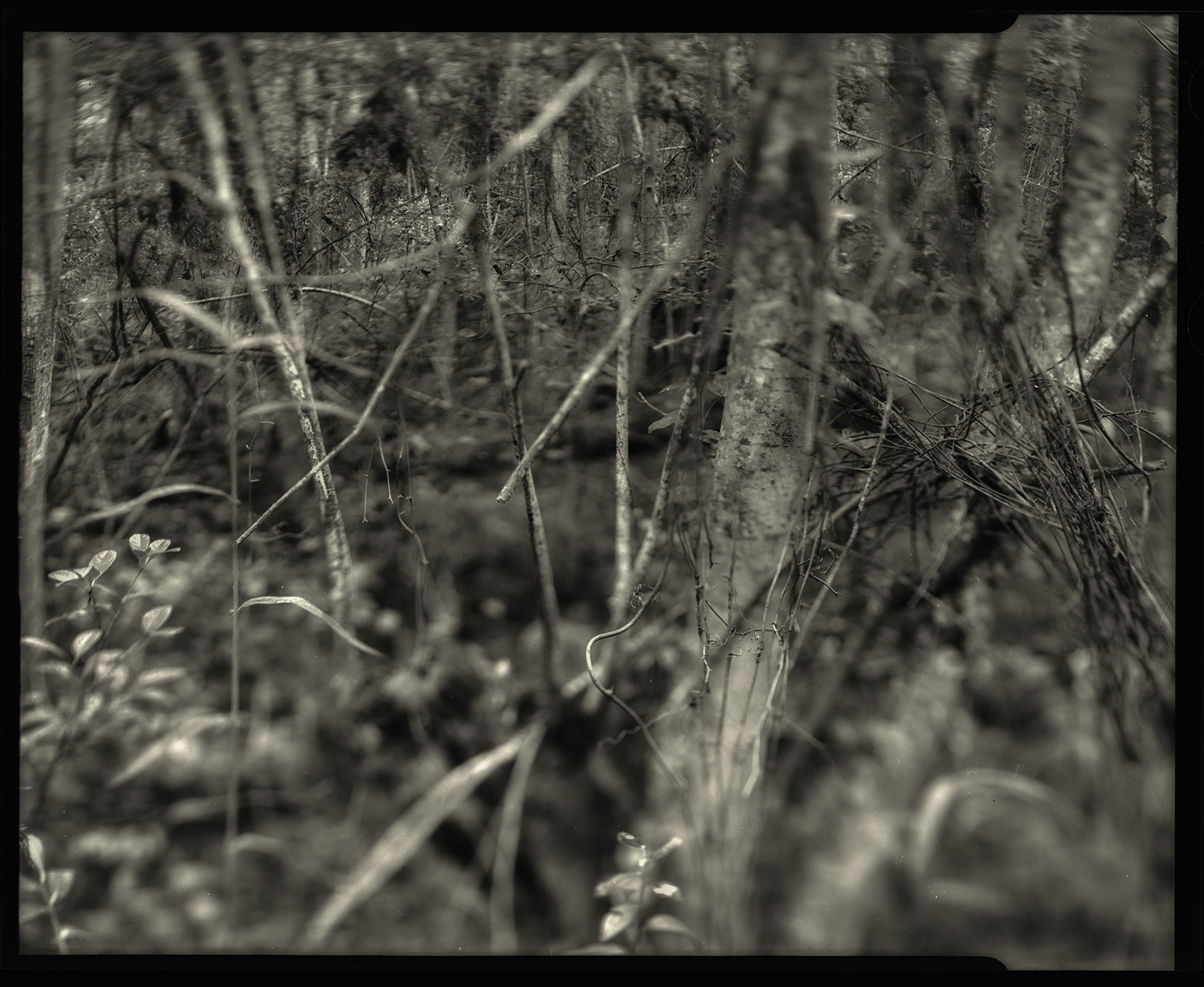 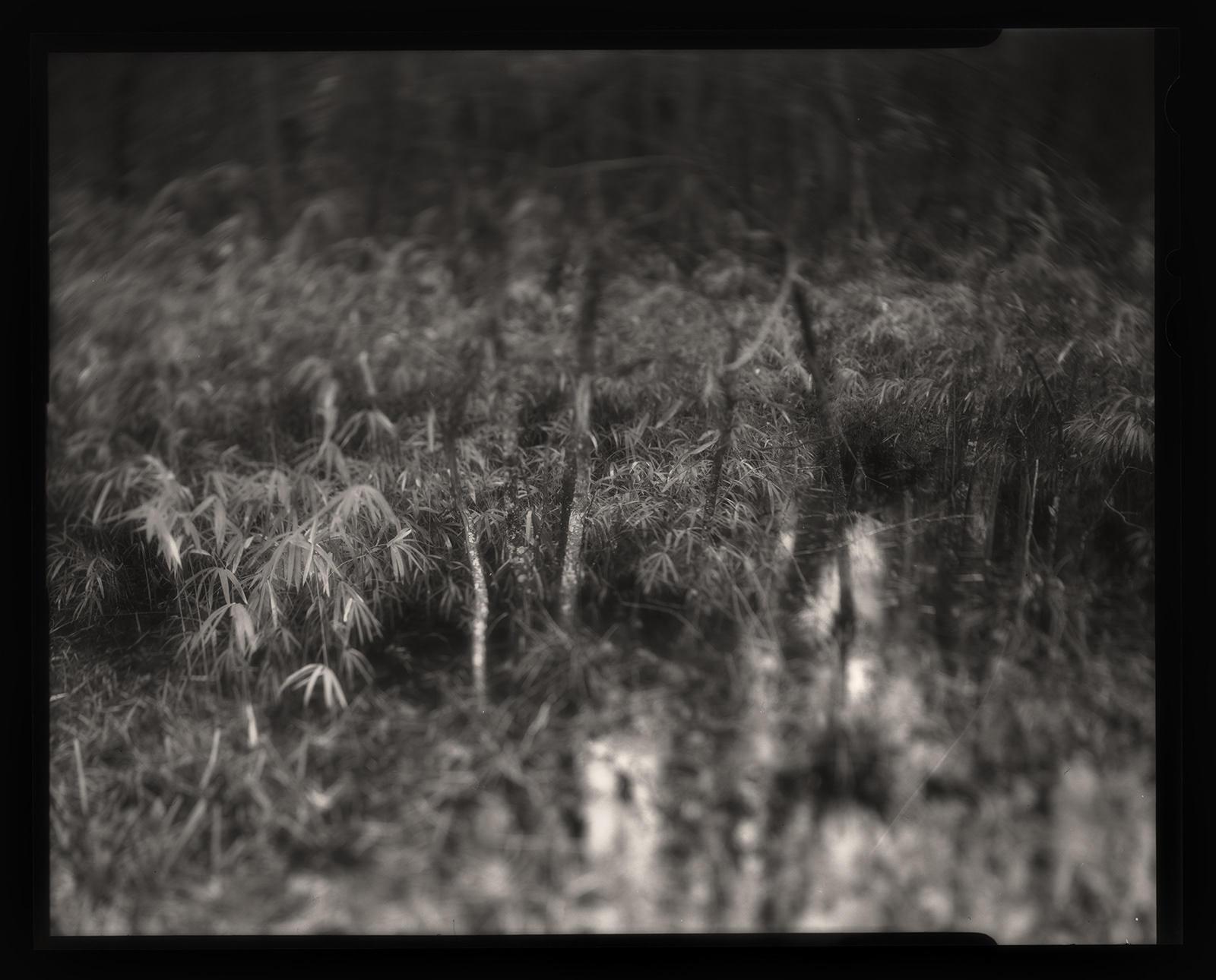 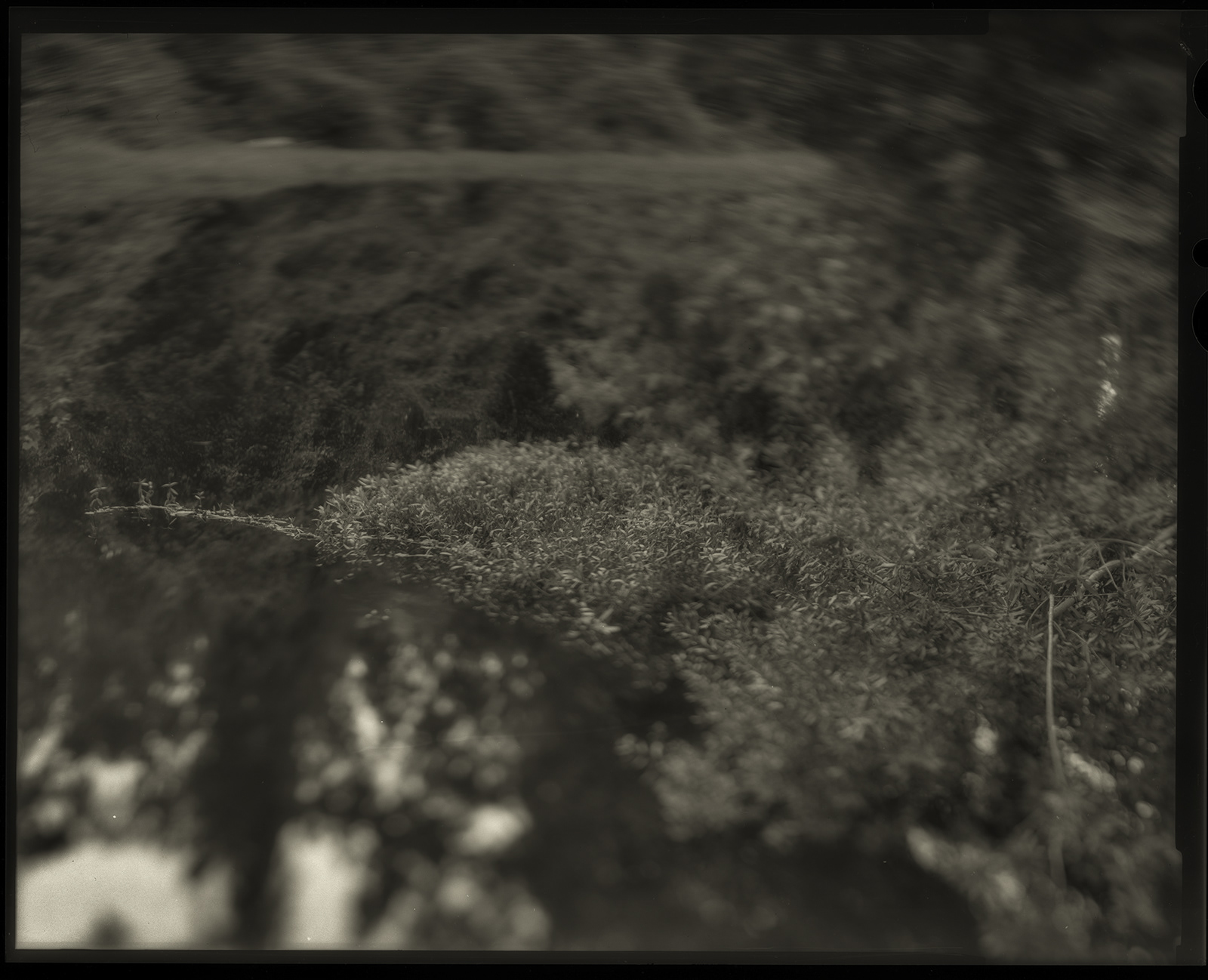 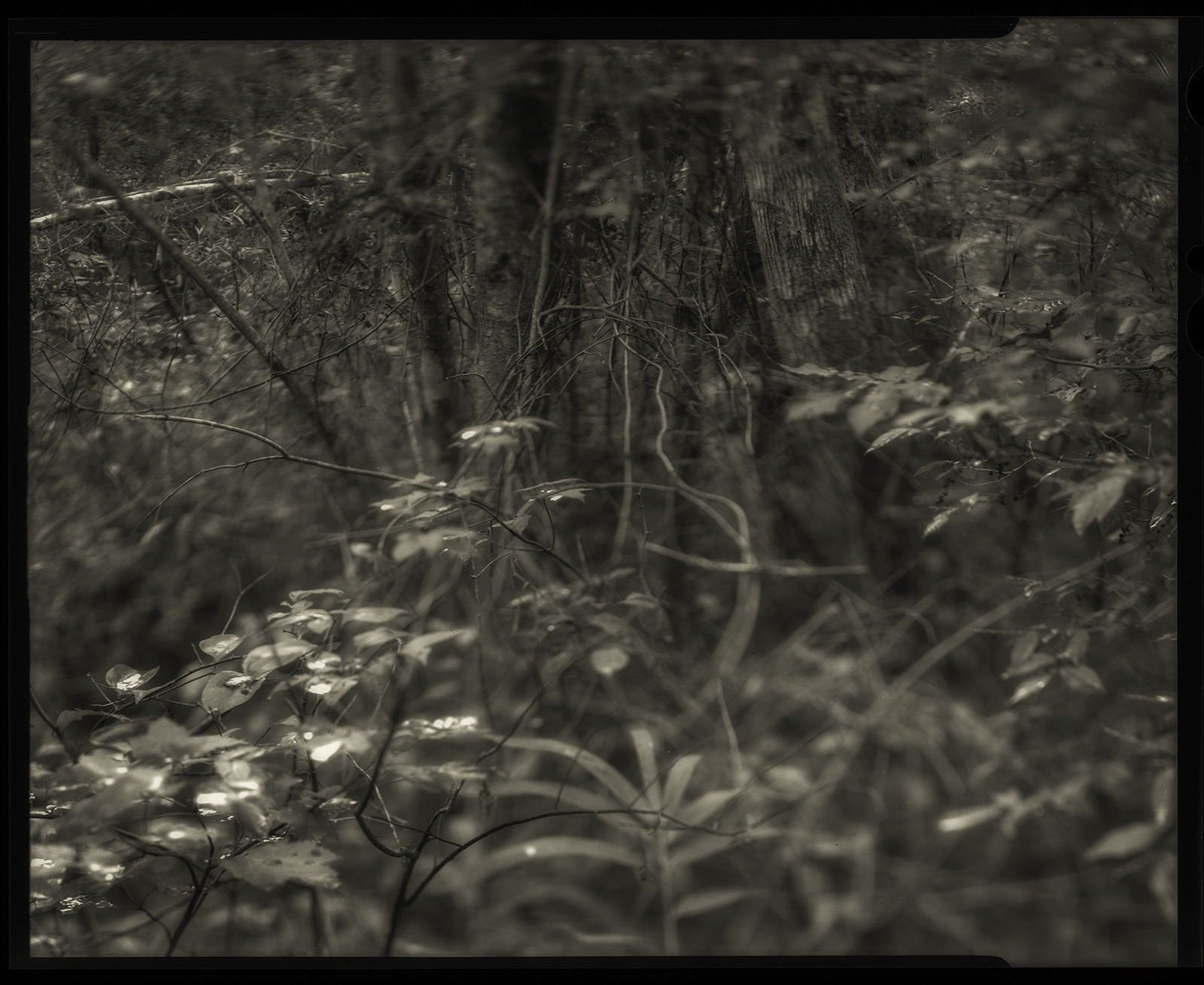 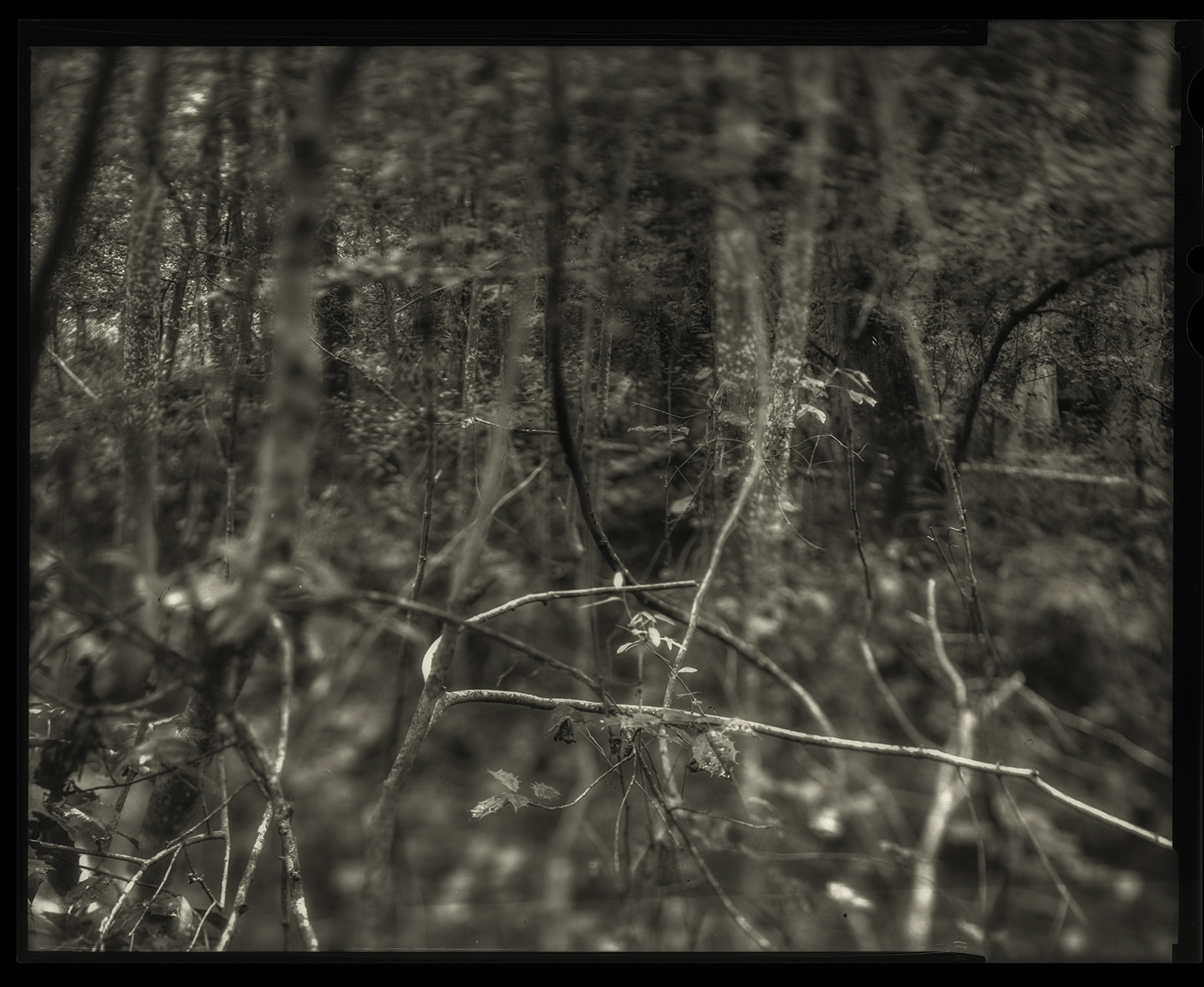 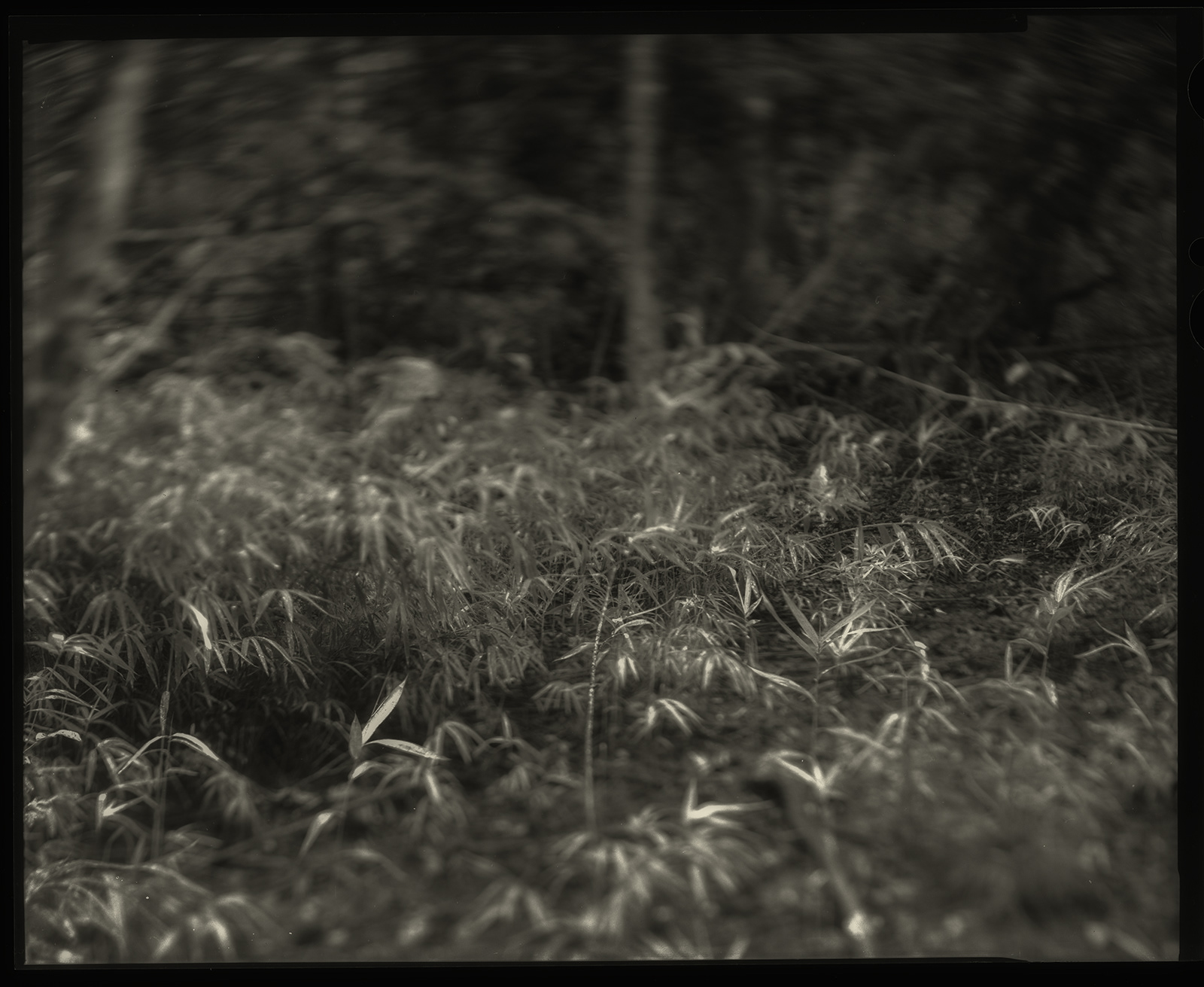 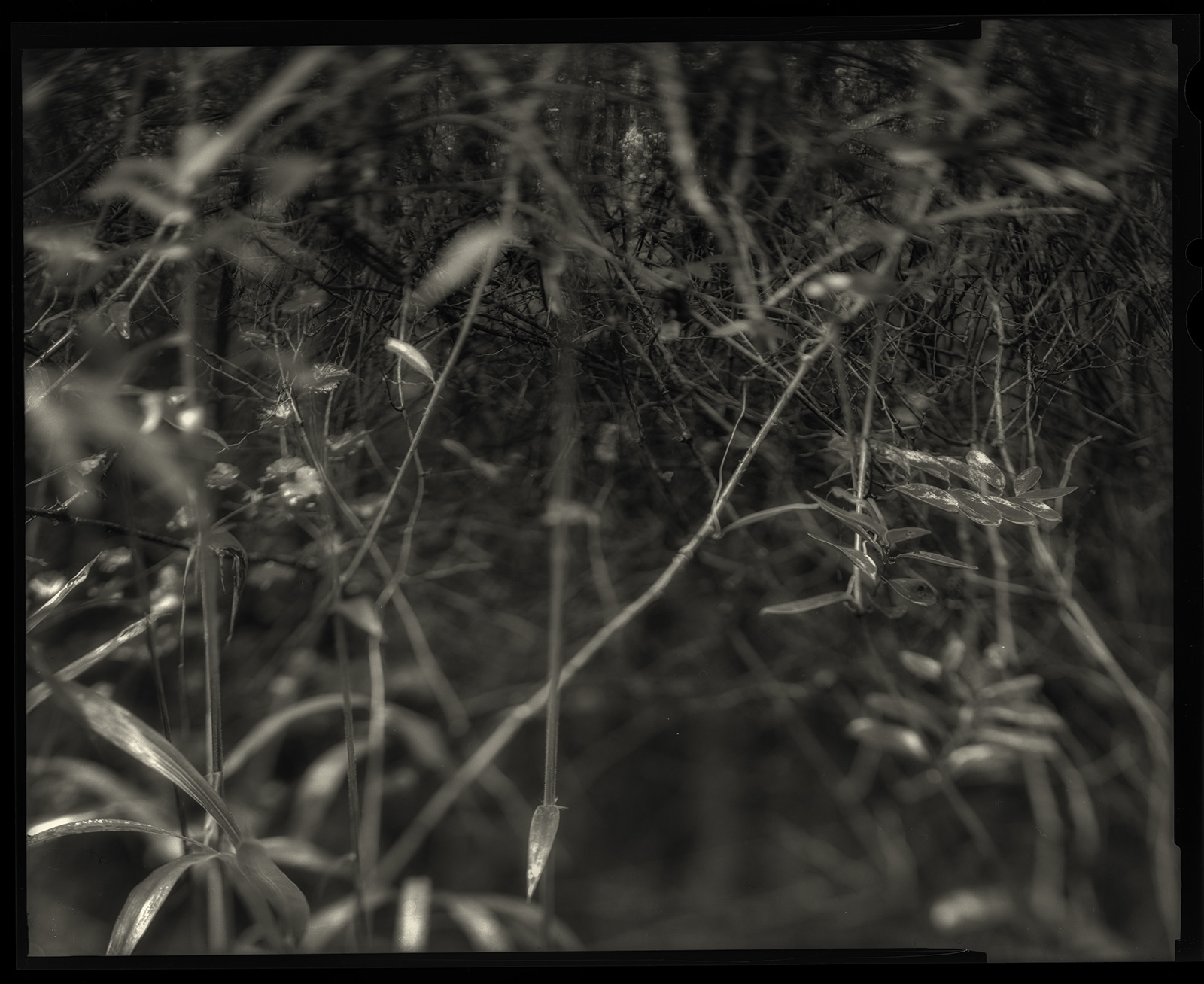 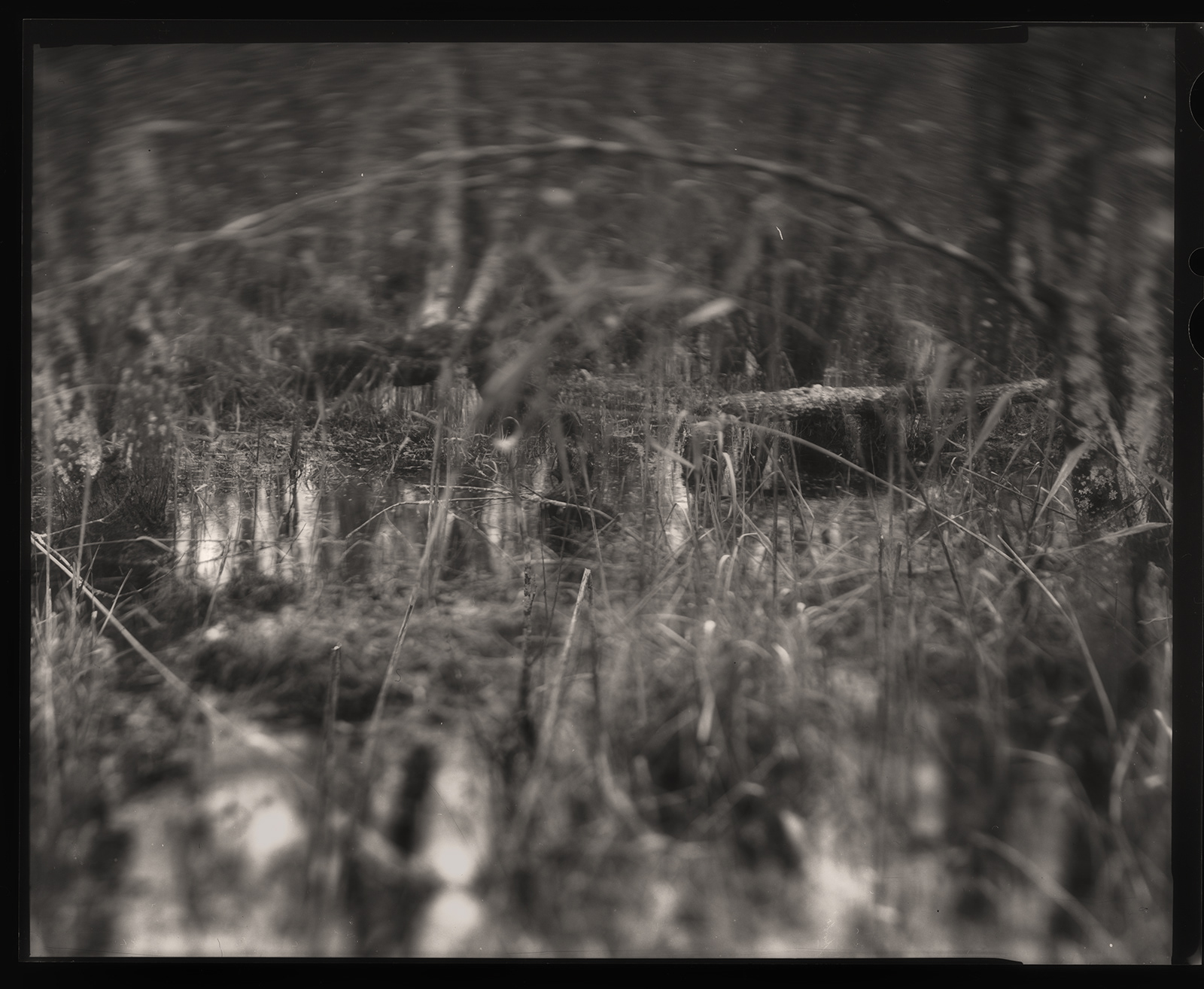 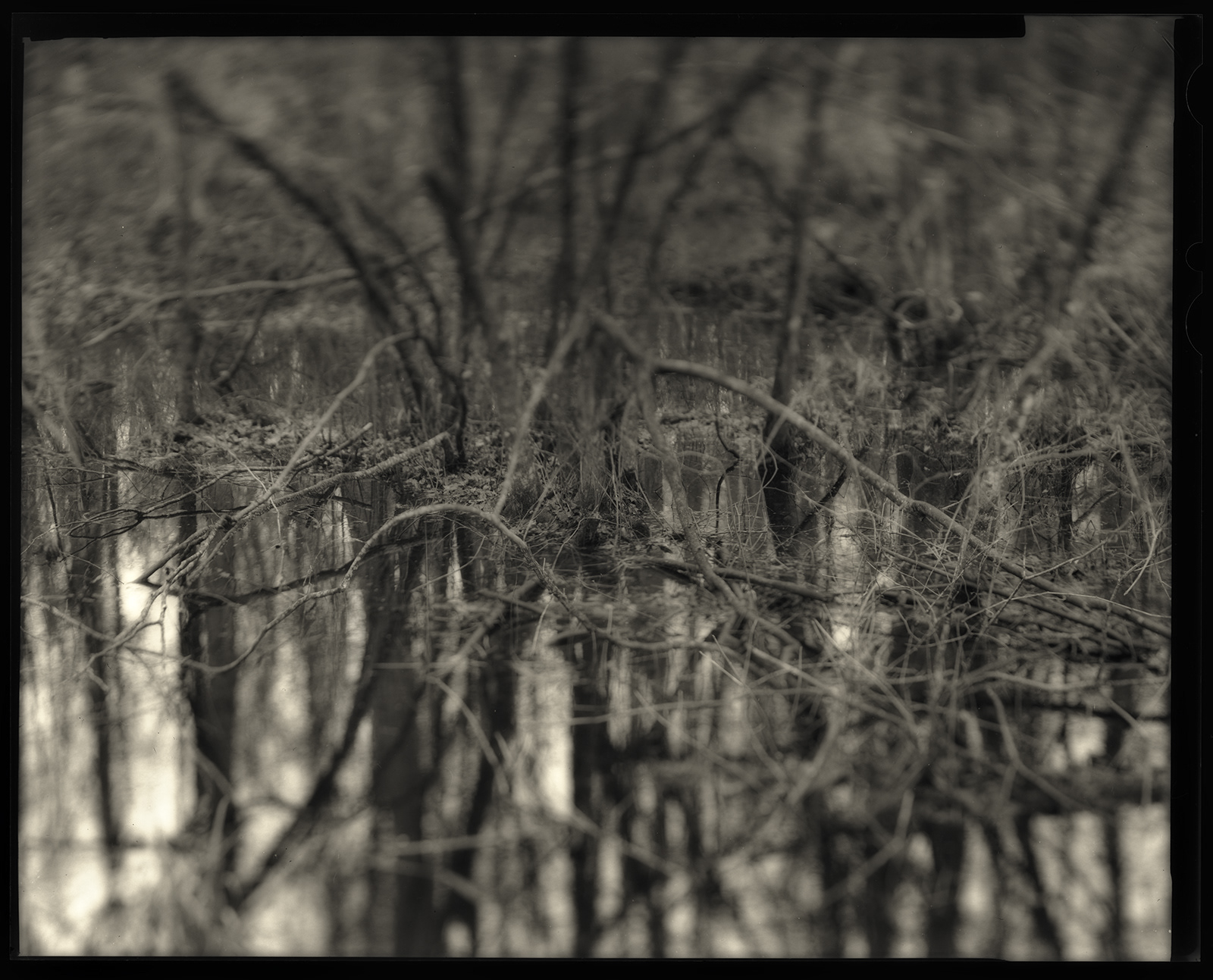 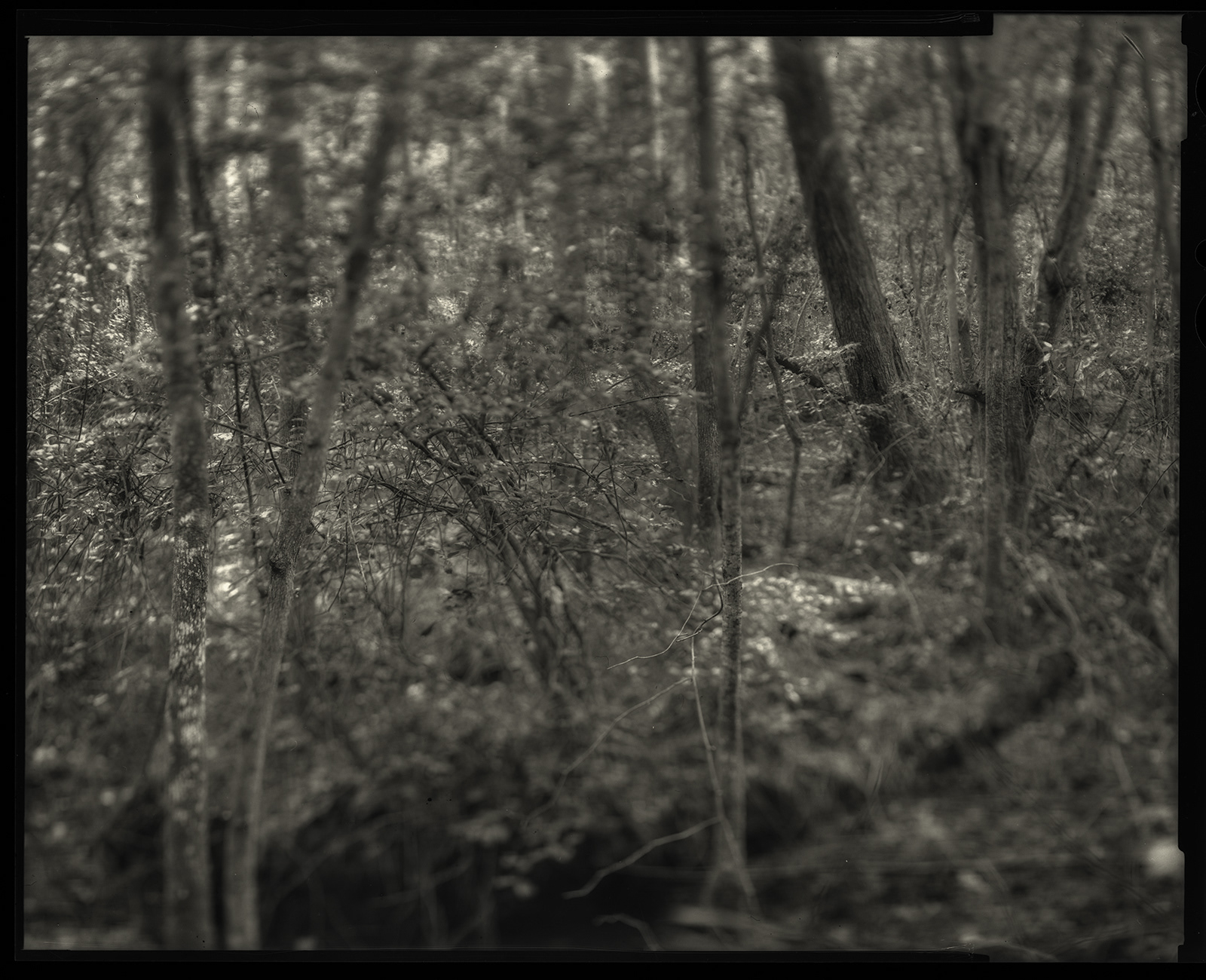 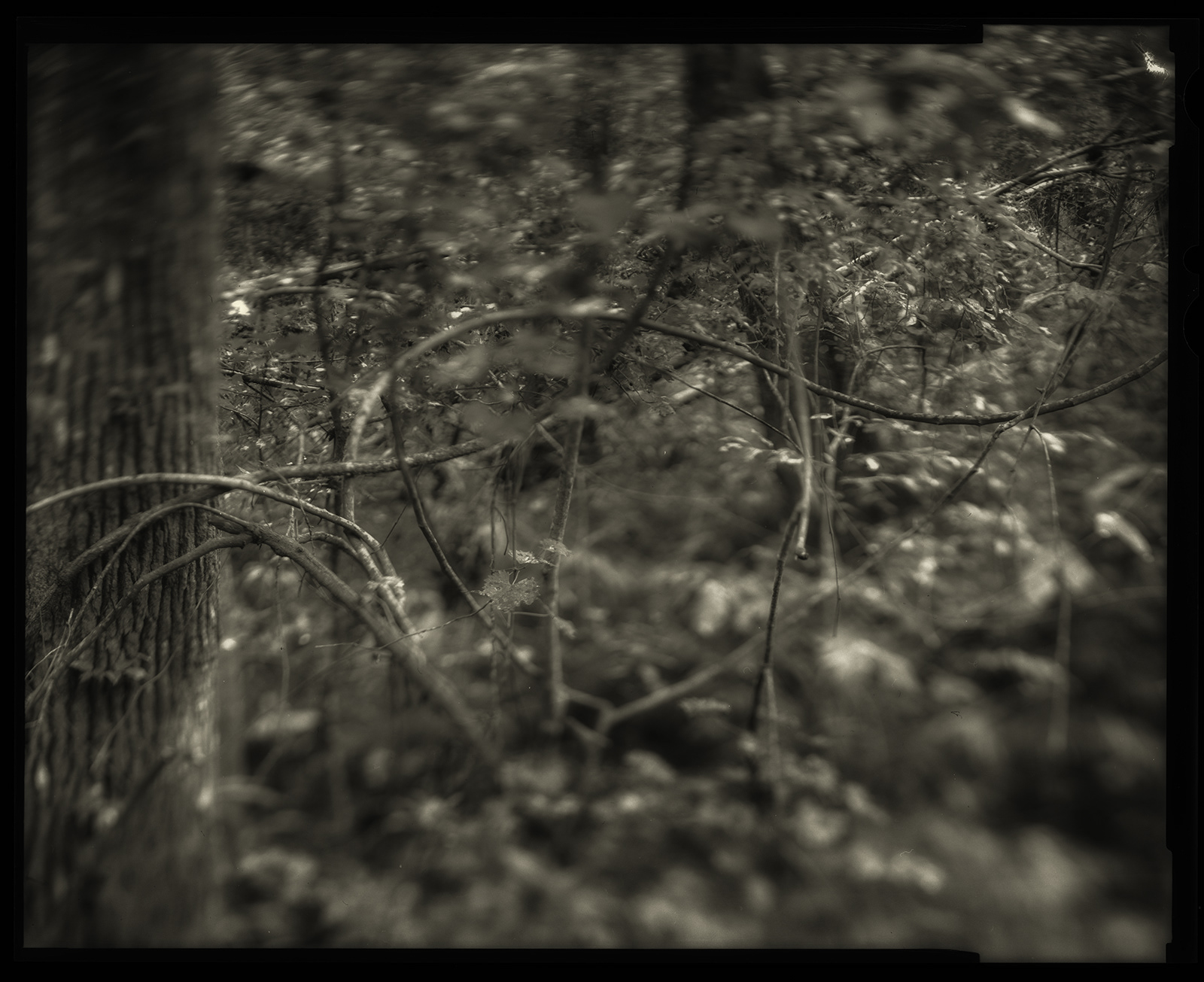 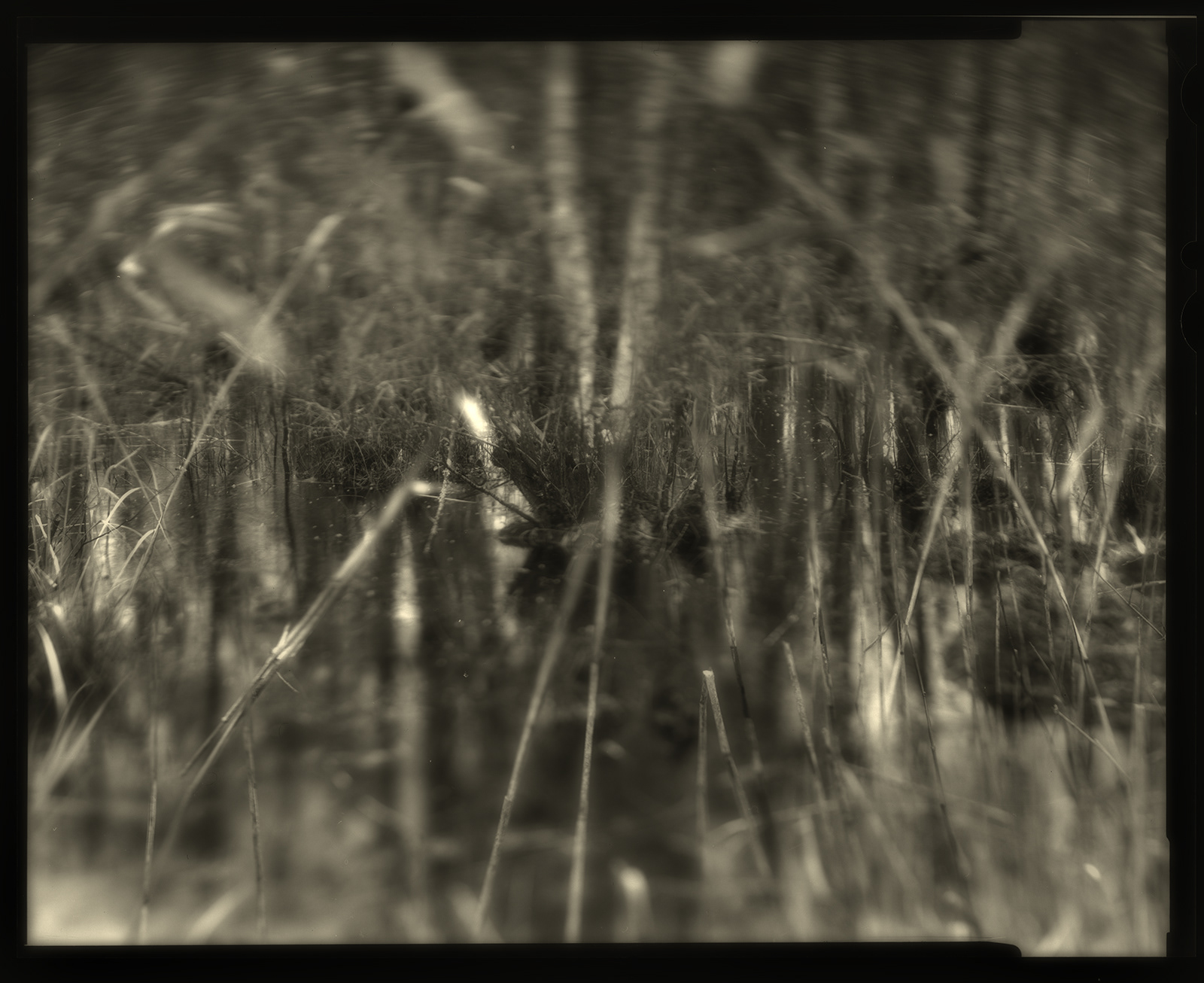 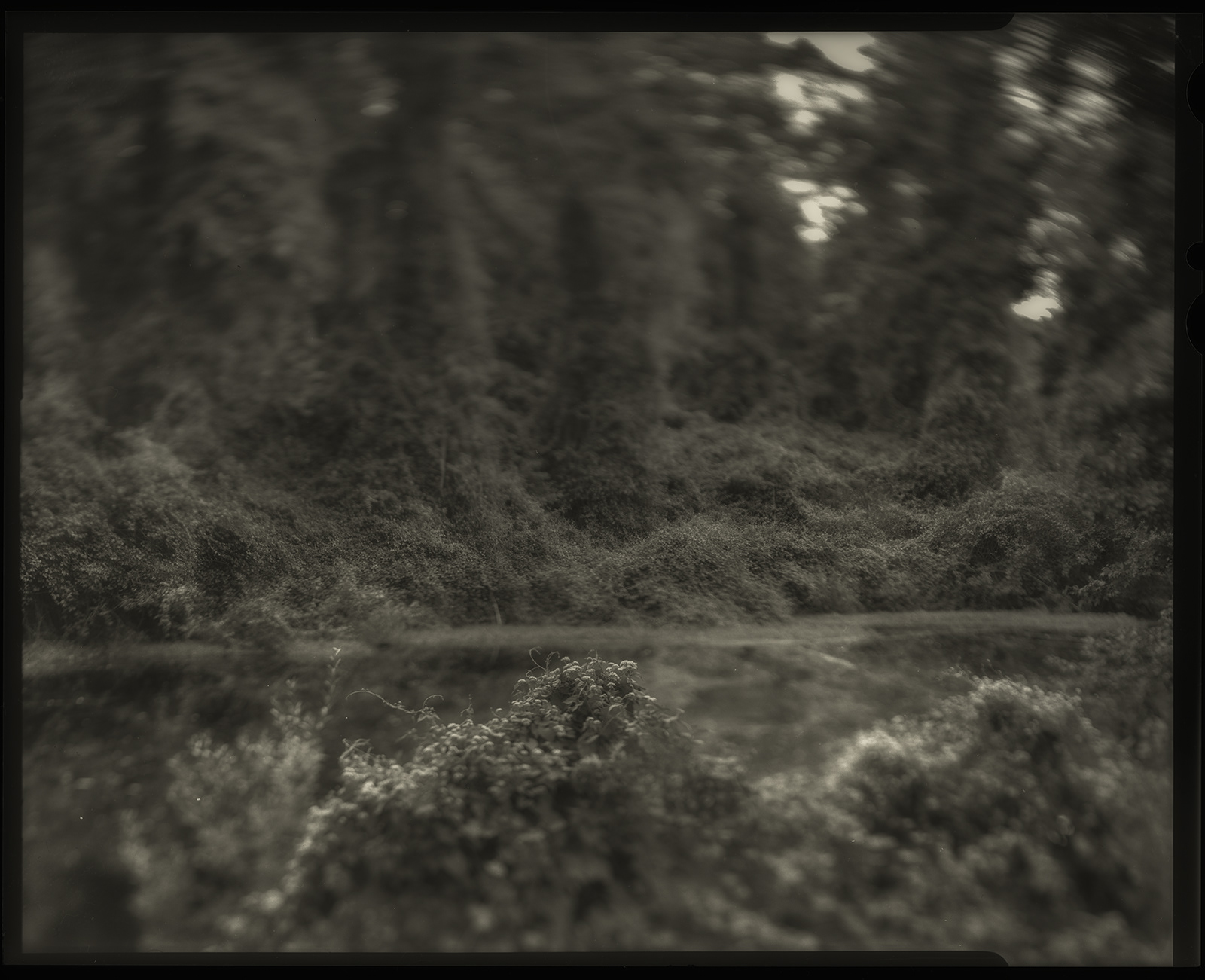